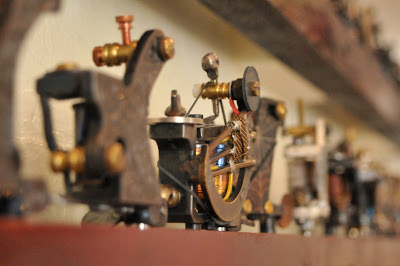 It’s a well known fact at this point, that I don’t have a job and the adjustment of being dependent on someone else has been a tiny bit difficult for me. I hate that I never have money that I feel is mine and sometimes that can make things a little complicated. 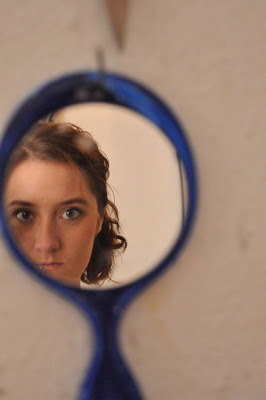 For example, James’s birthday was yesterday!! I LOVE birthdays and I really wanted to make it special but that’s only so easy to do when you’ve got not a penny to your name. I had to humble myself and buy James a birthday present with his own money. Awful, right? Because he loves me, I think he was ok with it..and I made up for it by making him a carrot cake, but it for sure is pushing me to start doing more photo shoots and make some money of my own again…
My sister Debbie has this thing about birthdays. She believes you should celebrate your birthday month, then celebrate your birthday week even harder, and go all out on your birthday. James doesn’t share these high expectations, which is great for me, but we did start out the week with him getting a new birthday tattoo.
We drove into downtown Kaiserslautern to a place called Blood, Money, Ink for him to get his arm done. The owner and artist, Nicky, has done a couple of James’s tats at this point so they are basically friends. 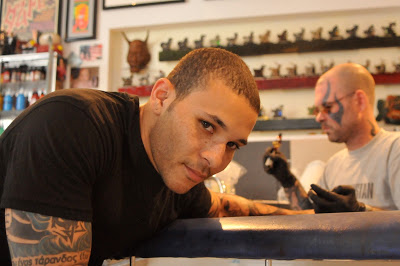 The tattoo is of a couple of day of the dead gypsies or sugar skull gypsy but, in my humble opinion, they look like hot women with lots of makeup on…and a little zombie-ish. The colors are great and this was the first time I got to watch James get a tattoo so I was excited about the process. 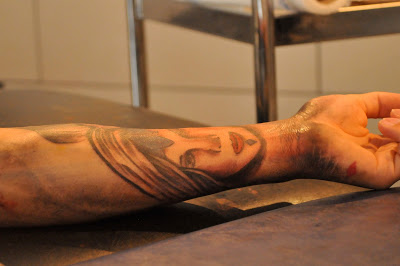 It took a total of about 4 hours. I shopped for the first 2-ish because H&M is a hop, skip, and jump away and I hadn’t been shopping in 3 months. (it’s like a drug…I had a relapse after 3 months sober) So I got a chance to buy a celebration outfit and presents for him and I didn’t feel like I missed too much. I got to watch him squirm and ache for what I felt was a long time to sit there and be stabbed by needles. 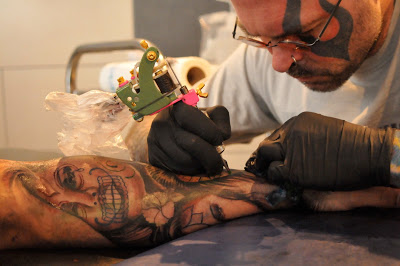 The new ink turned out well though. He is happy and we haven’t gotten any pictures of the finished product because he wants to let it heal first, but I will for sure put at least one up once it’s pretty!