Have you ever had a birthday that didn’t turn out the way you had hoped?

I think most of my group of girlfriends has gotten over all the fun birthdays. 25 is kind of a fun one though. You have hit your mid 20’s. You are a quarter of a century old. It’s a good solid age. The kind of birthday that sounds significant anyways. 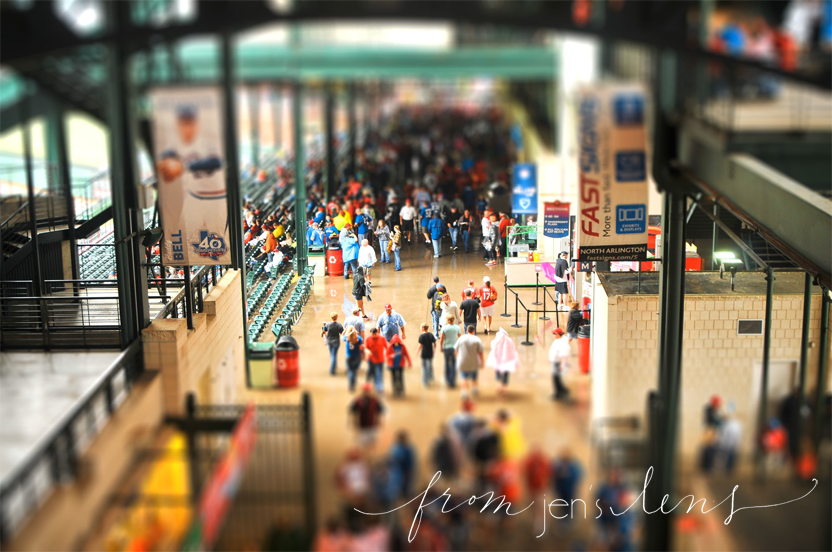 Debbie turned 25 a week ago. All she wanted for her birthday was to go see the Texas Rangers! We carpooled and got 8 girls together in a suite across from the stadium for the weekend. A few of the ladies are huge Rangers fans so they had big plans to go to batting practice and soak in as much Ranger time as possible…but the weather had something else in store for us. 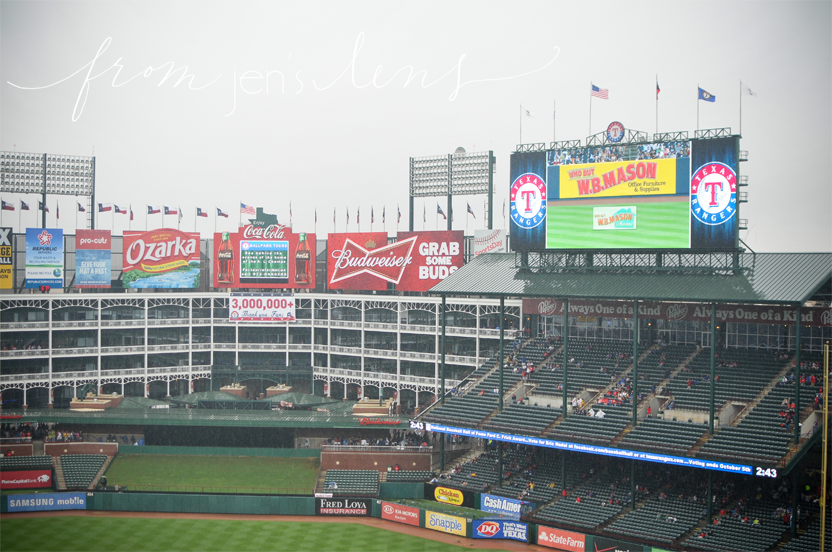 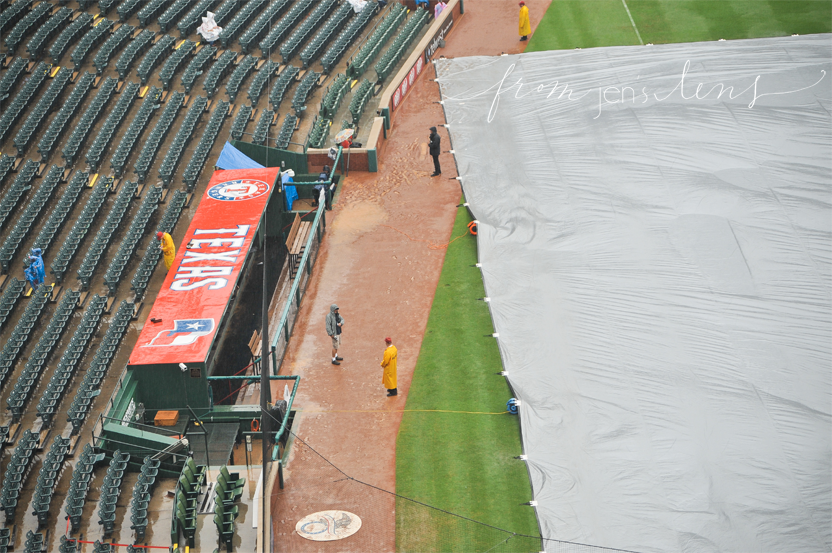 Oh we went to the game alright…. 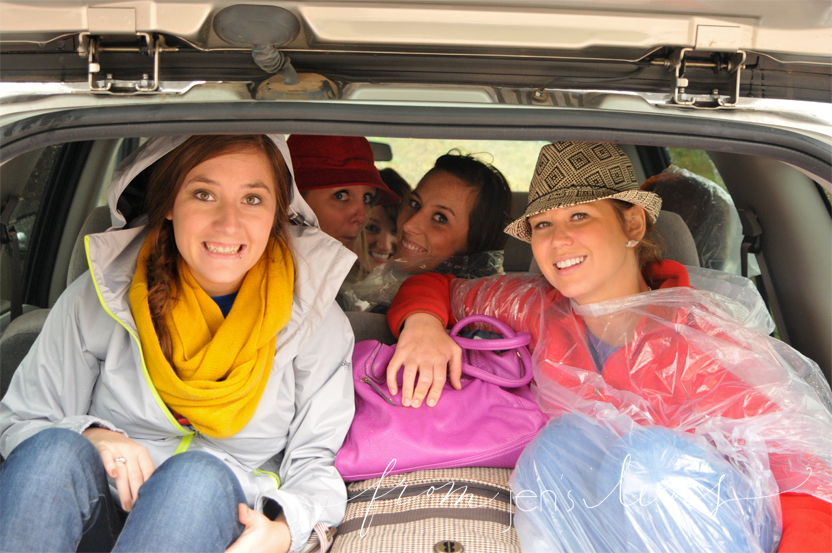 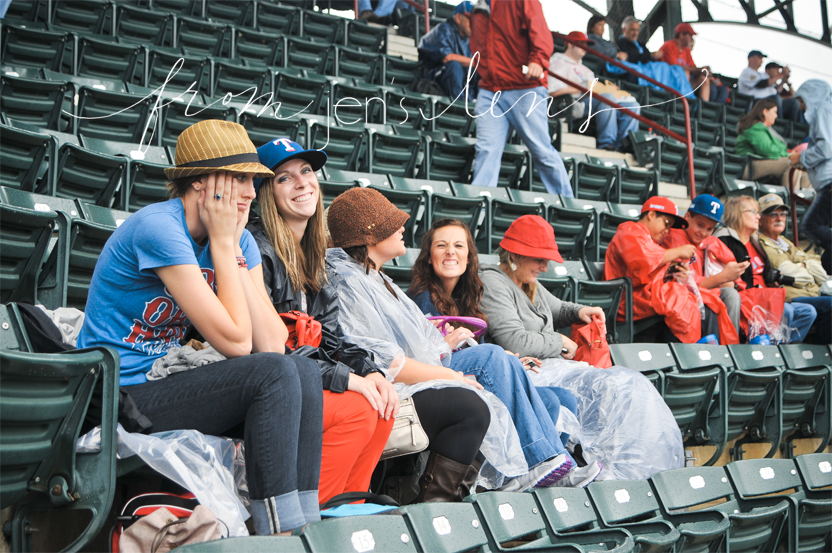 We sat for 3+ hours because of the rain. We were told there would be an announcement then. That didn’t really happen… 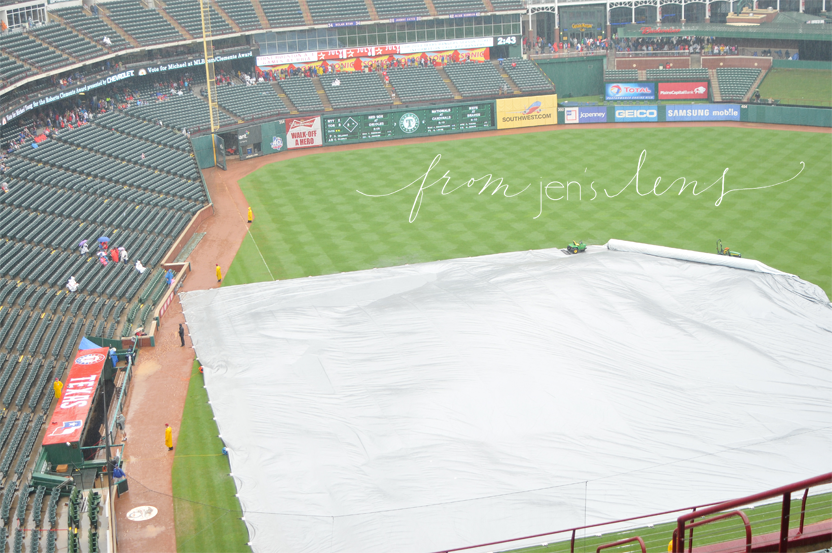 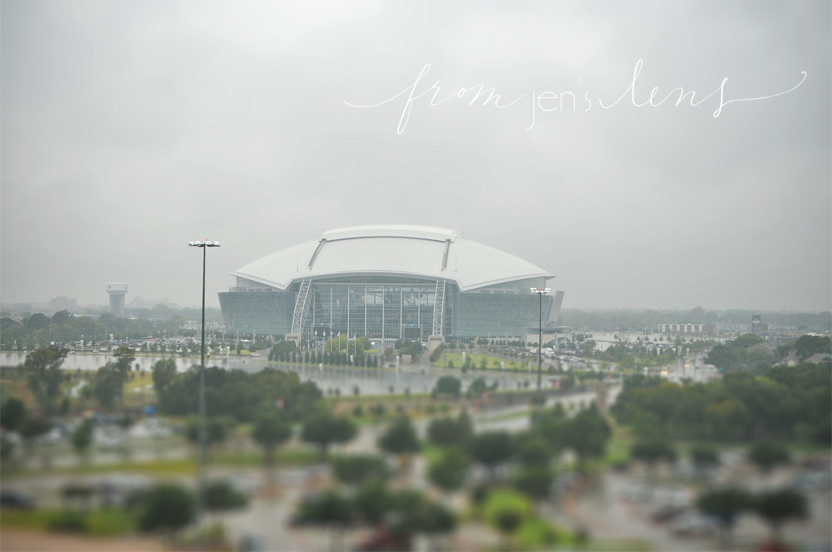 Now I love the Rangers, (maybe not so much after their performance this week) but I am not down with sitting in the rain for hours at a time NOT watching baseball. I was bummed, but I explored the stadium and grabbed some snacks and entertained myself by catching up with some of the girls I haven’t really gotten to see for the last year and a half.

Although I didn’t get to see the Ranger’s play, I made light of the situation…and Deb cried a little…just a tiny bit. Poor thing was so disappointed. No one blamed her.

but she got some awesome Ranger’s Toms from the girls and we sang “Happy Birthday” to her with The Cheesecake Factory cheesecake!! 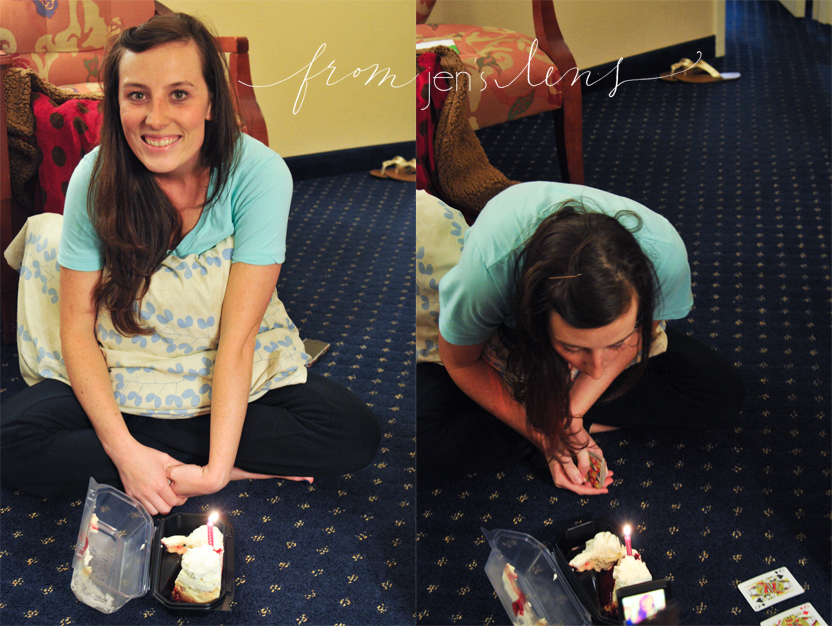 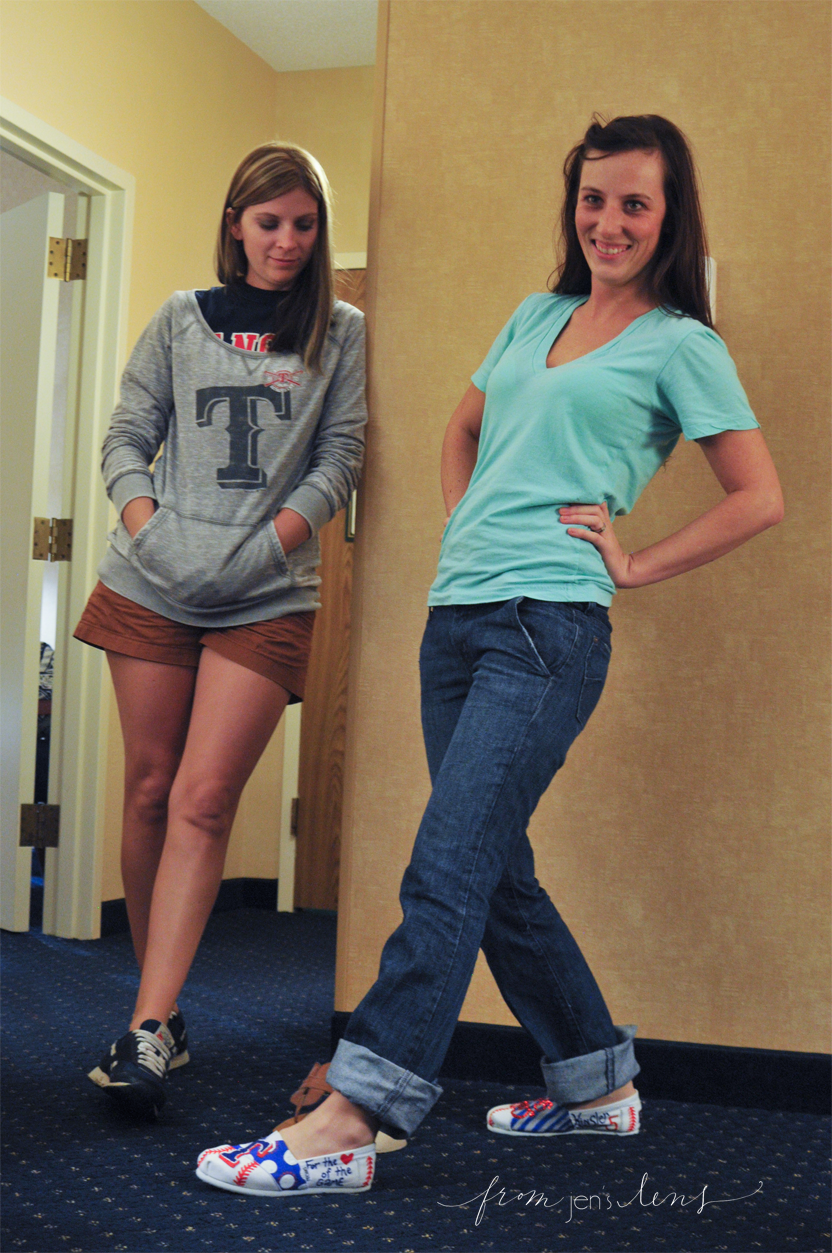 I don’t want you to think it was completely wasted though. We had lots of silly, fun girl time and I loaded up on all of my Dallas area food favorites! 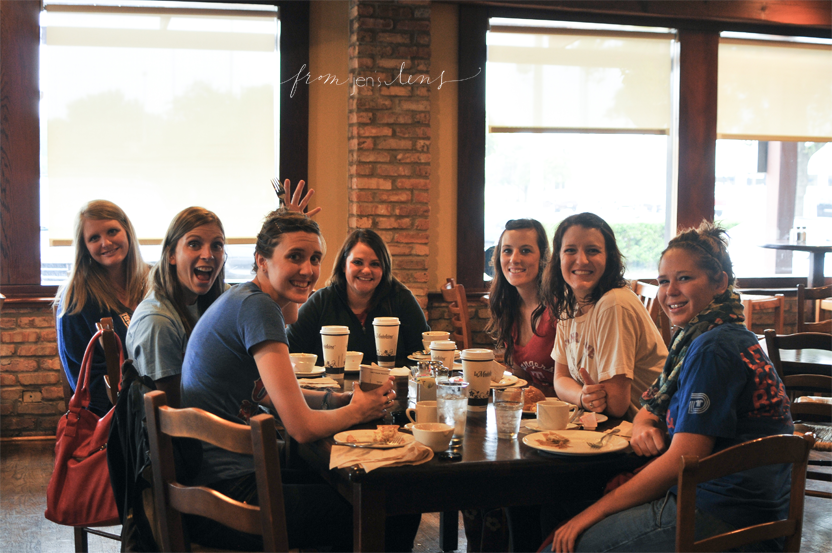 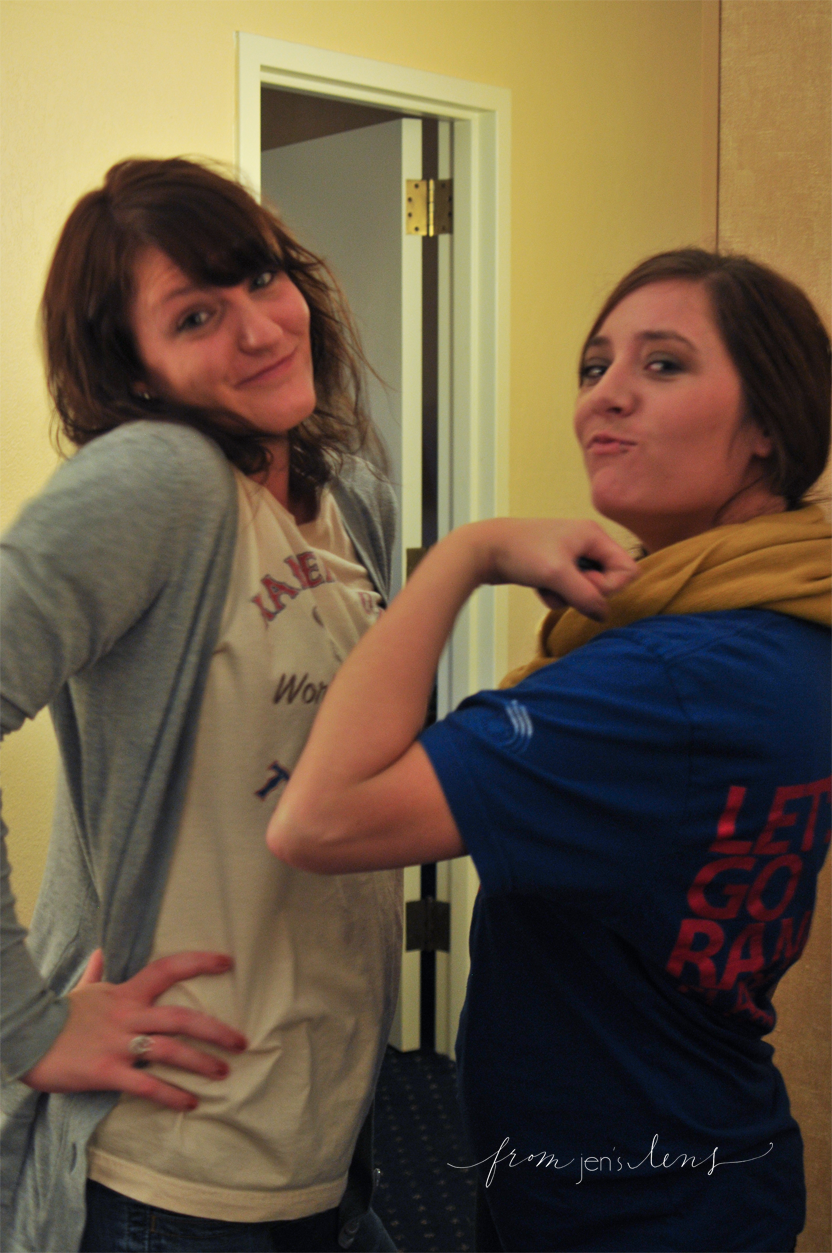