I feel like I have talked this to death the last couple of weeks, (at least to the people around me) but for those less fortunate who don’t get to hear my voice all the time, I have been studying for my German driver’s license. 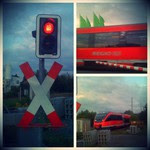 I finally became command sponsored (military term that I just found out about since marrying James) about a month ago and because I get really bad test anxiety, I have been putting off taking my driving test.

I really wanted my license. I can’t describe to you how much it sucks not ever being able to go anywhere by myself…or not having the guilt that comes from wanting to go hang out with people and them having to come get me all of the time. I neeeeded to get my license…I was just afraid of the test itself. 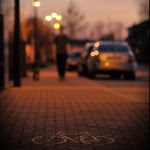 James is no help in these matters. He has no sympathy for such things and in fact, I had to straight forwardly tell him that he needed to stop saying things like “Are you sure you’re ready??” and “You better pass!” if he didn’t want me to have a heart attack. BOYS.
I finally decided I needed to just “buck up” and do it and so for about the last week, I have devoted all of my free time to studying. Well…maybe not all of it, but I would say at least an hour a day. I have quizzed myself at least 4 times and once I got to a point where I was only missing questions for stupid reasons, I figured I was as ready as I’ll ever be.
I had an early morning! My test was at 7:45 this morning and I didn’t realize we would be watching a 30 minute video beforehand! People were falling asleep but I was trying to soak up as much last minute information as stinkin’ possible. I am so afraid of failure…can you tell?!?!!
While the sweet German test proctor was grading my test my heart was beating a mile a minute. I was pretty sure that I had passed but I was so scared to find out. I was shaking and thought I might pass out.
wooooowwww. I am so dramatic.
So guess what?!?!?!?
I passed! with a 90%!
I am so excited and this means I can go hang out with people more as well as run errands on base that James hates. He even let me take him home and go to the commissary by myself! FIRST OUTING! I allllmost documented it with a picture but I didn’t want him to make fun of me.

He already thinks I am crazy.