Get ready! There’s a lot of pictures in this one! 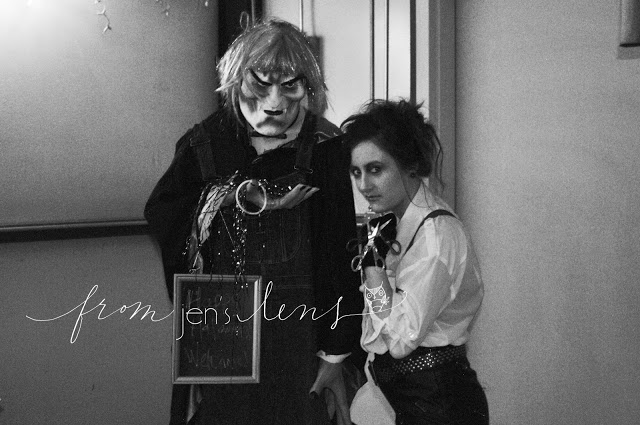 I figured that I needed to get these pictures up on the blog since today is Halloween!
Every year my mom and her bestie Rachel throw a kickass Halloween party. This year was no different. It’s always a themed party, and this years theme was 80’s movies. I absolutely love 80’s movies but I kind of found it hard to find a costume that everyone would KNOW. At first I really wanted to be Sloan from Ferris Bueller’s Day Off but I had a hard time finding a white leather jacket with fringe. I decided against it, not because of the jacket, but because I really didn’t think anyone would be able to guess who I was if I went as her. Ferris, maybe, but probably not Sloan. Not everyone loves that movie as much as I do.
I played with a couple of other ideas and decided on Edward Scissorhands. I spent all day Wednesday of last week shopping with my brother Kevin for our costumes (I had convinced HIM to go as Ferris). He changed his mind later in the week and went as Luke Skywalker instead even though I found him the PERFECT Ferris vest. I don’t blame him though. Luke Skywalker gets to carry a lightsaber and he had a pretty girl be the yin to his yang and go as Darth Vader. 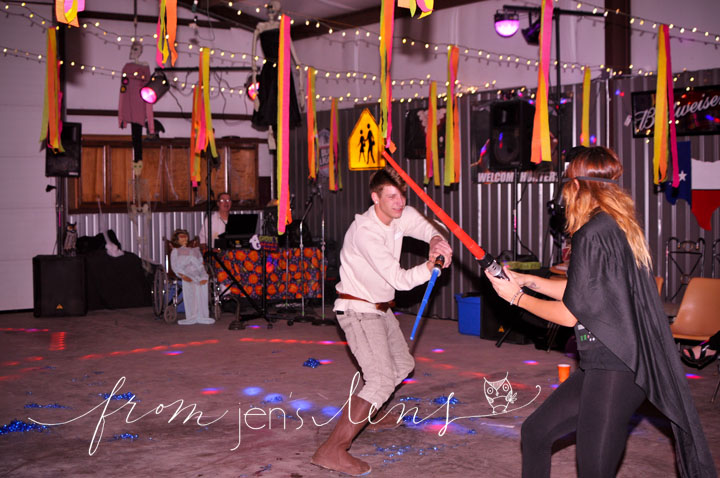 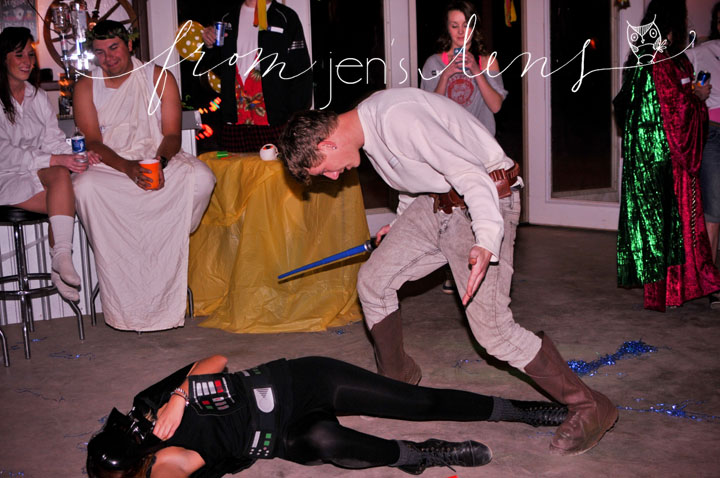 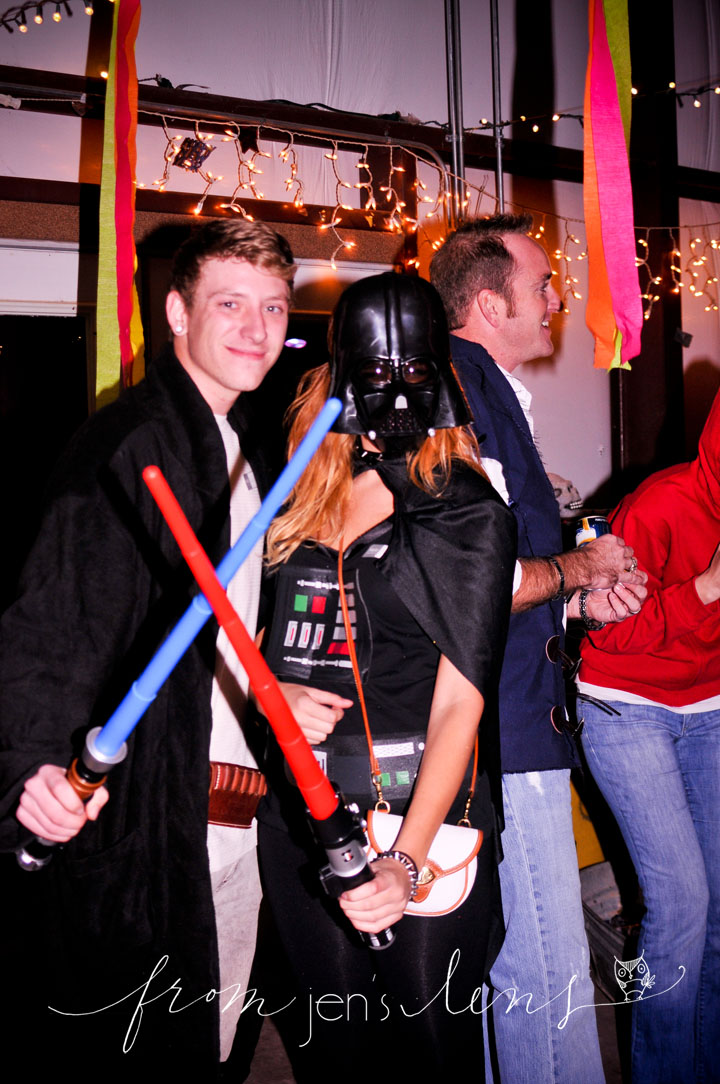 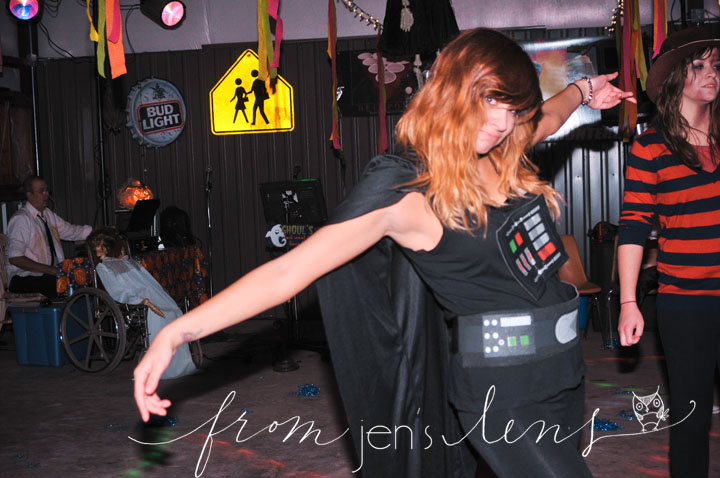 I found the perfect boots at work. I kind of think they are ugly but they scream Edward Scissorhands…and I paid $30 for them so I will definitely be making myself wear them again. and again. 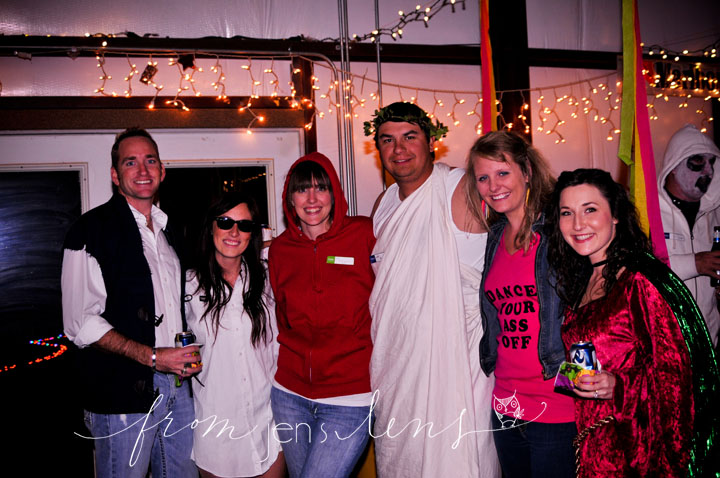 I had to “sexify” my costume a little because I’m a girl and that’s what we do right?! So instead of the leather pants I went with leather shorts I found on clearance at Forever 21. I paired them with a top I bought at a thrift store and some fish net socks Debbie let me have. I looked for black suspenders but I couldn’t find any so I wore some red ones I found in my closet. I added a bunch of safety pins to my shorts and called it good! 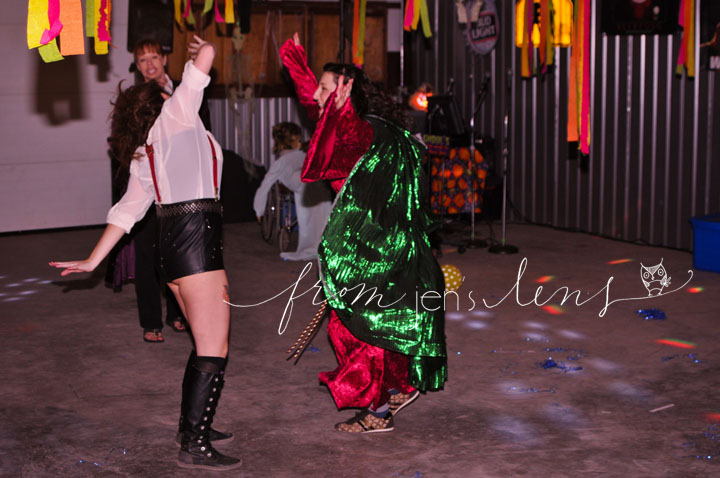 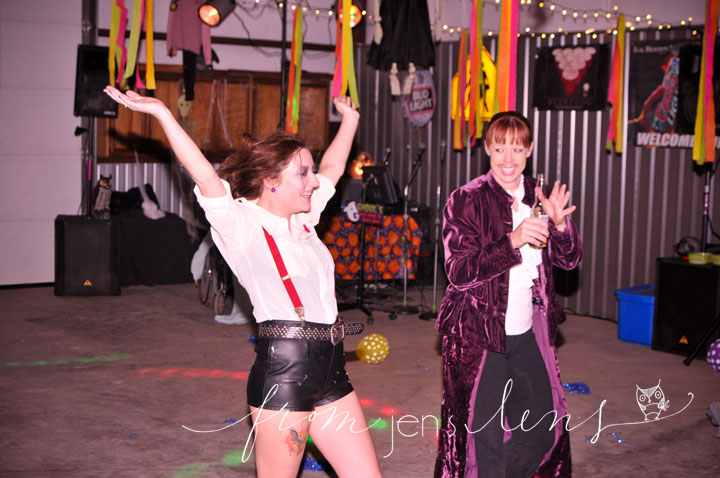 *Quick note about my closet* I have been working on getting it cleaned out for WEEKS. I lived in that room when my parents first bought this house like 10 years ago and then when I moved out, Debbie moved in there, and then when she moved out Kevin moved in there. Also while Deb and Rudy were transitioning back to Lubbock, they lived in there. So that closet has seen EVERYTHING. There are high school mums in there, instruments, football helmets, you name it. Sounds like I could host a homecoming game in my closet, eh? It is completely ridiculous so don’t let it surprise you that I just found red suspenders in there…there were probably black ones as well, I just didn’t dig that deep. 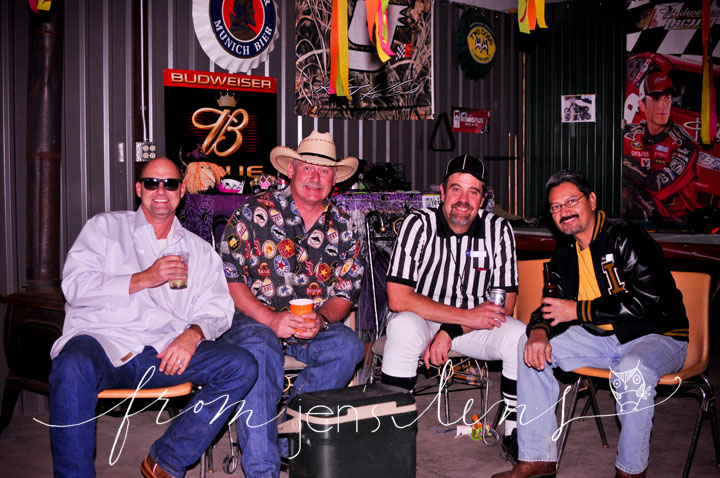 The party was pretty rad. It took me all of 5 minutes to “edwardify” my hair and just a teensy bit longer to sew child safe scissors to a pair of gloves. I opted NOT to buy white makeup for my face but I did use a bunch of white eyeshadow. Thank god for good face wash. 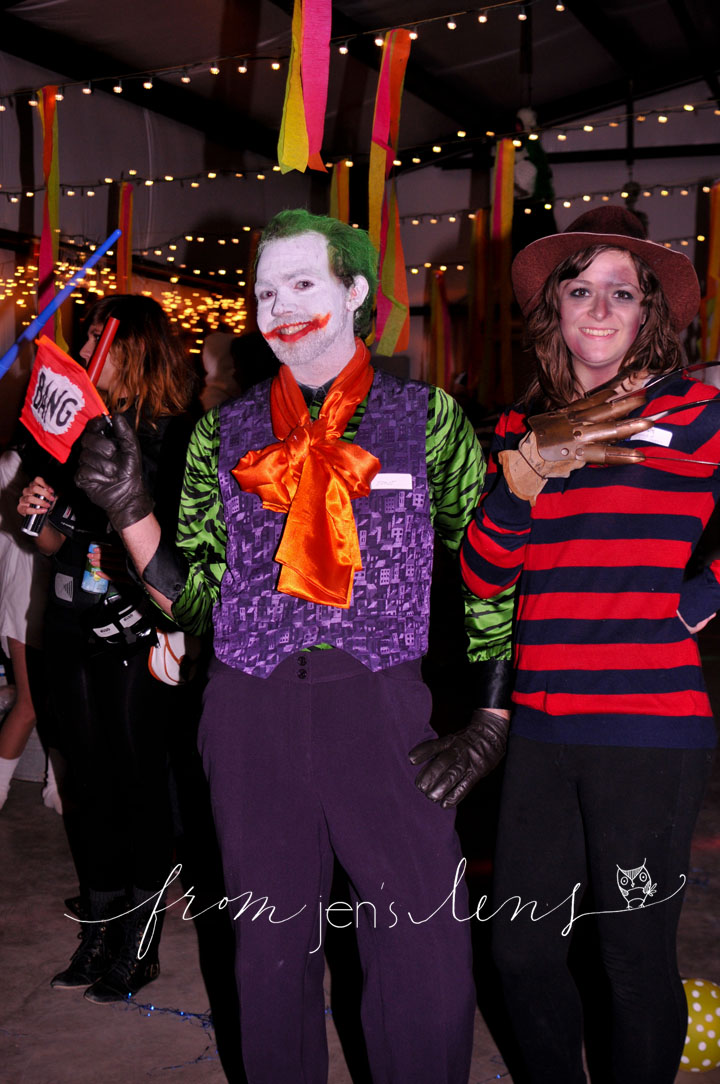 I had so much fun. The costume ended up costing me more than I would have liked to spend but I would say it was well worth it. I partied hard and had a blast along with everyone else there! 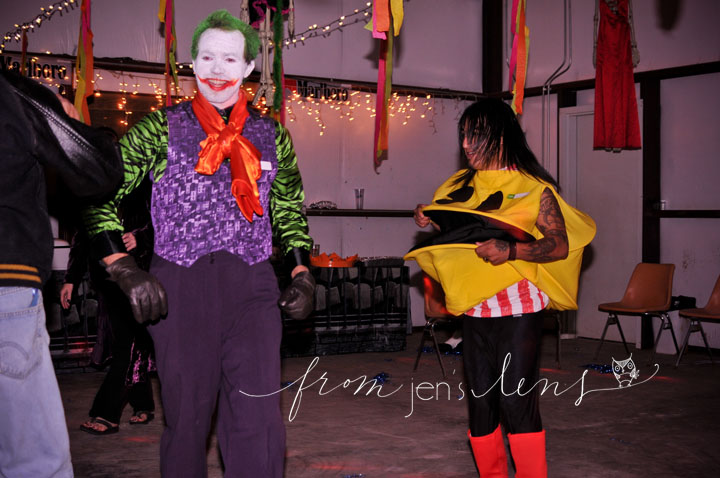 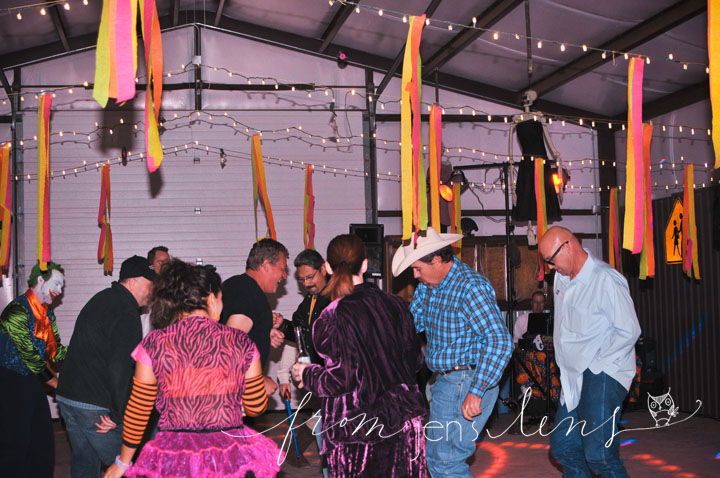 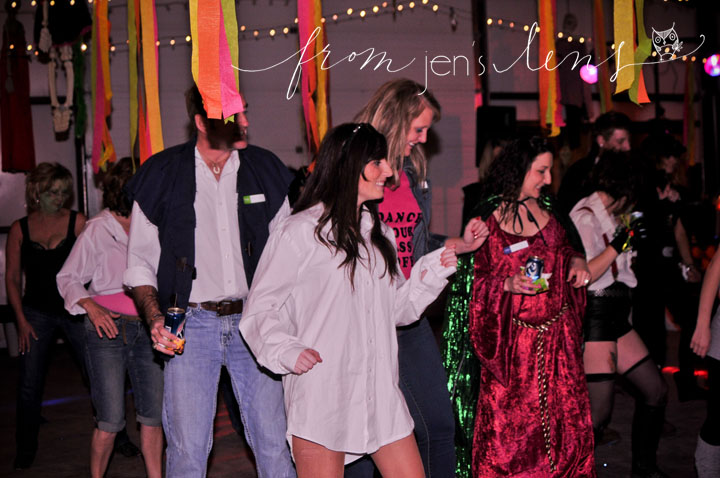 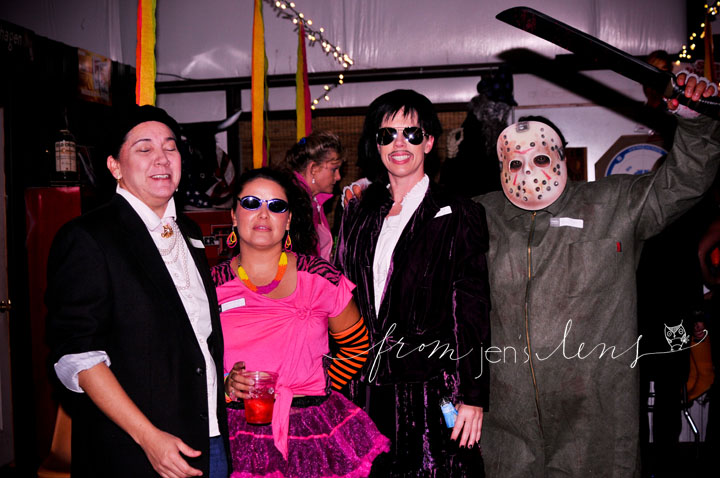 ON the downside to this post, I found out about an hour before the party that my costume was out of regulation. Edward Scissorhands came out in 1990. OOPS. Oh well, much too late for regrets. Now on to more pictures! Hope you all have a safe and happy Halloween!! 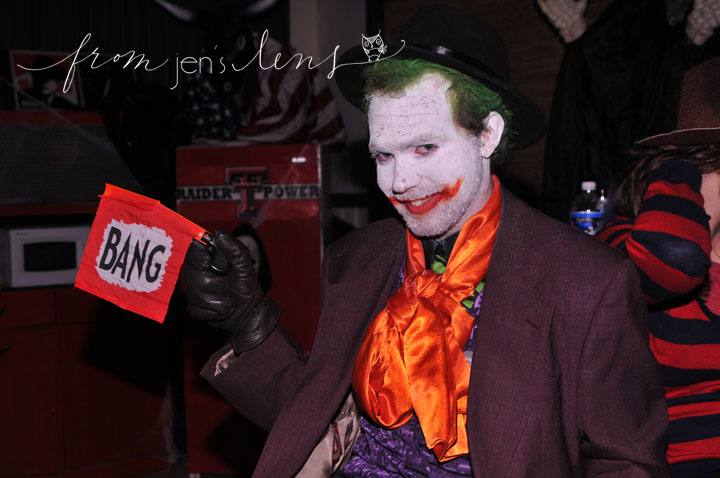 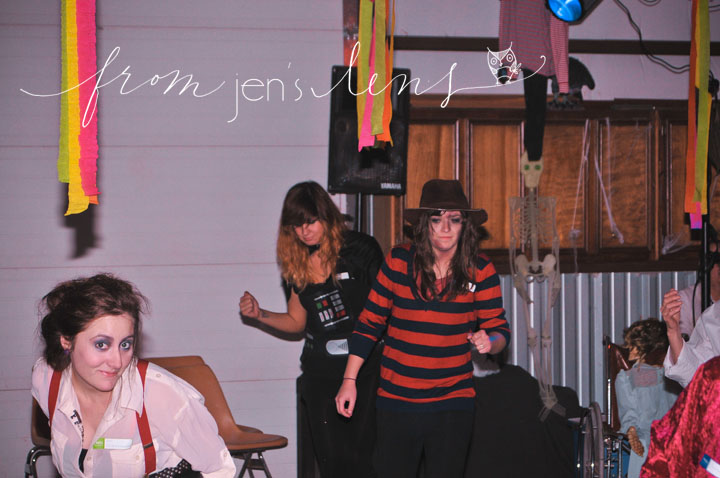 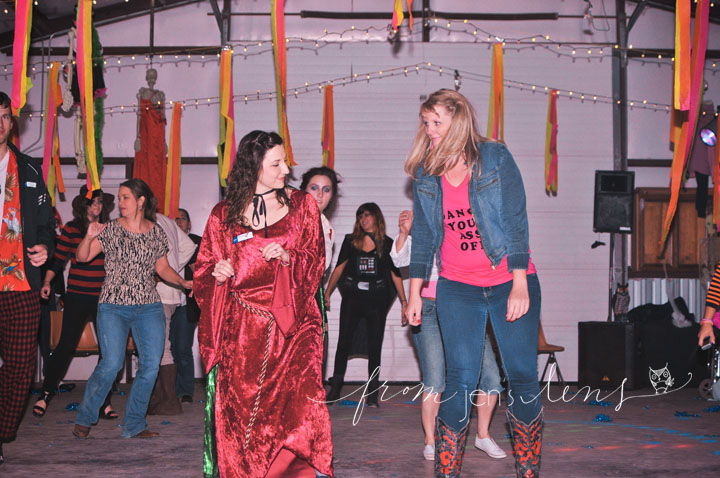 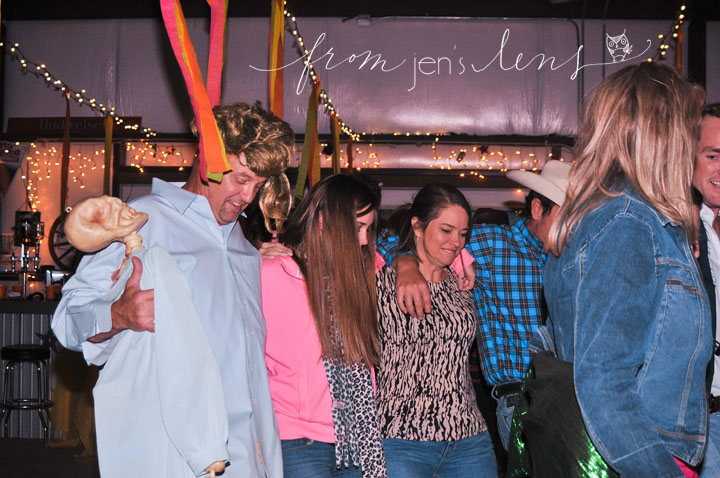 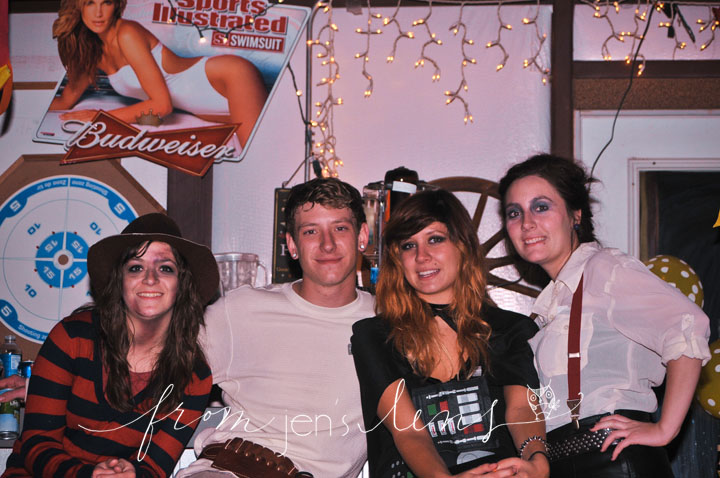