A little part of me didn’t want to publish this blog post. It was a little torturous going through these pictures after knowing how this game turned out. Let’s just say it didn’t go in our favor. However, there are a few of you loyal readers who have never been to a Texas Tech football game, in fact, I KNOW that some of you have never been to a college football game! So here’s a little “Throwback Thursday” action for you and then we can talk about the game. 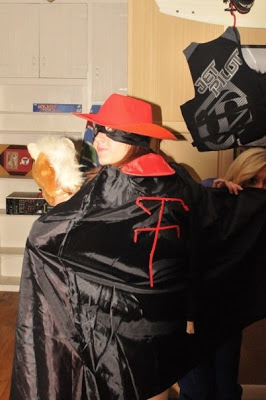 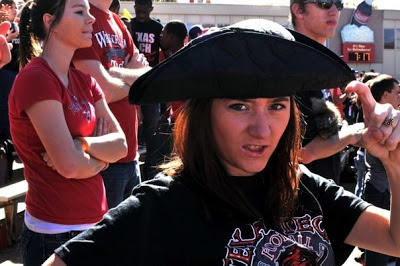 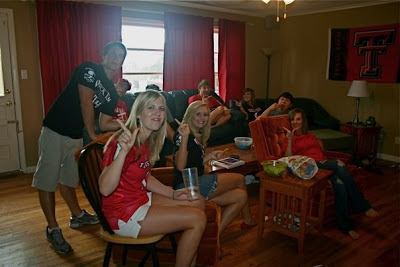 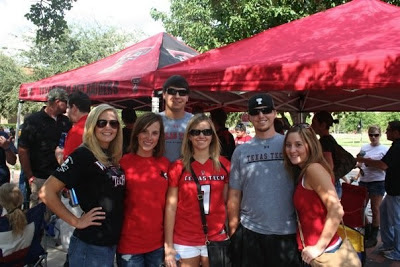 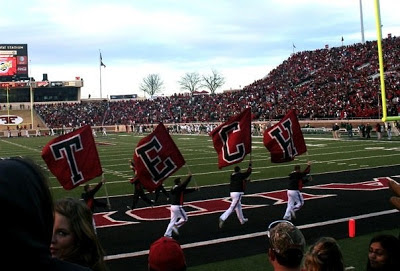 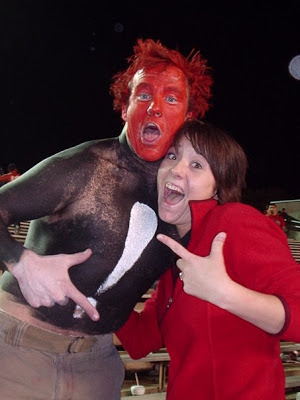 I absolutely love Texas Tech football. While I was in college, I camped out for big games like the University of Texas game or the Texas A&M game. Mike Leach was our football coach and he was probably had just as many fans as the players! I was an honorary pirate because Leach had a thing for pirates so I would even dress the part. I painted up for a couple of games and at the very least, decked myself out in RED AND BLACK! I have tailgated to the point of not being able to make it through the game, I have watched and cheered away games with all of my friends, and I have stood in the student section screaming my head off more times than I can count. I loved every minute of it.

Saturday was no different. It was actually really chilly outside so I bundled up and worked a booth at Raidergate for a couple of hours before the game. Raidergate is a designated and sponsored tailgate area for local businesses. So there are all kinds of food vendors and usually a band for entertainment. It’s a pretty cool place to hang out before a game. My fingers got pretty cold so I will be sure to bring my gloves to the next cool game but I grabbed a sausage wrap and thawed out right before kickoff! 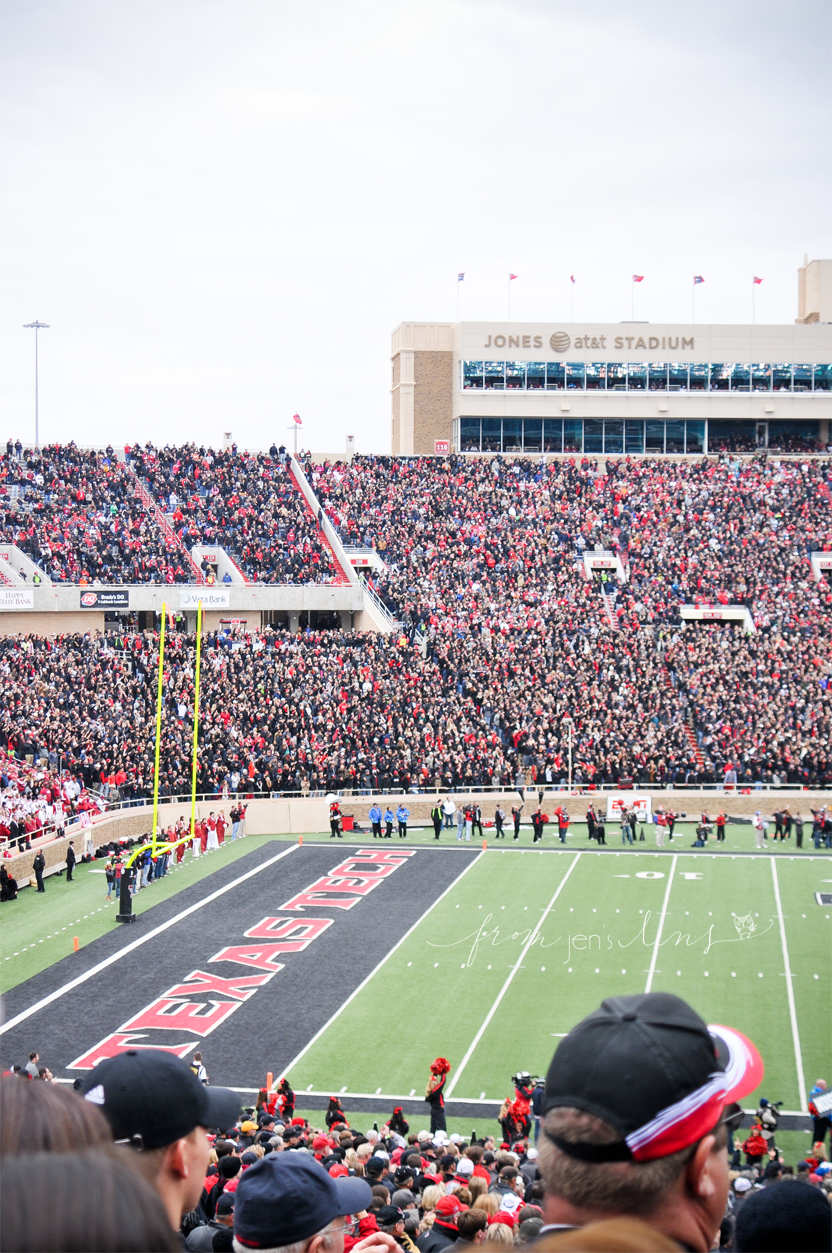 My friend Jessica let me and our friend Katie have her tickets for the game because she was invited by her parents to sit in their box. fancy shmancy. So the two of us and her brother sat with the commoners in the stands. I wasn’t complaining!! I am used to standing in the student section so I felt like I was moving up in the world! 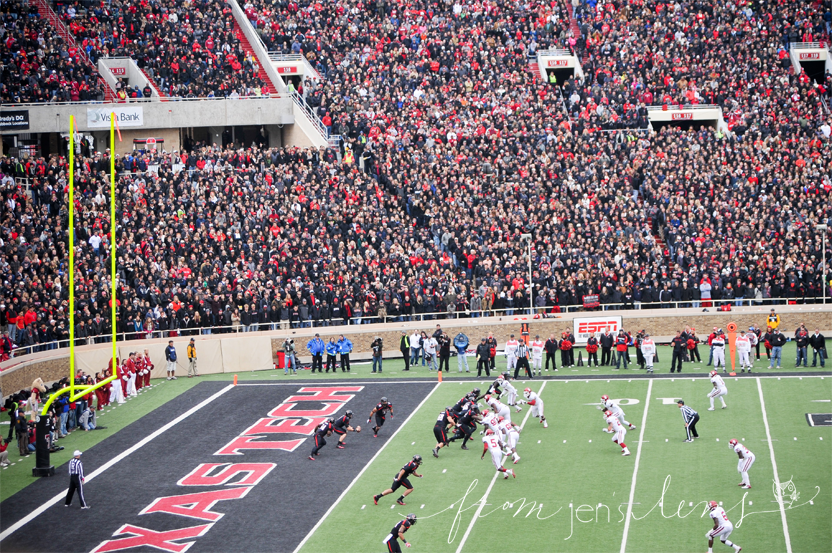 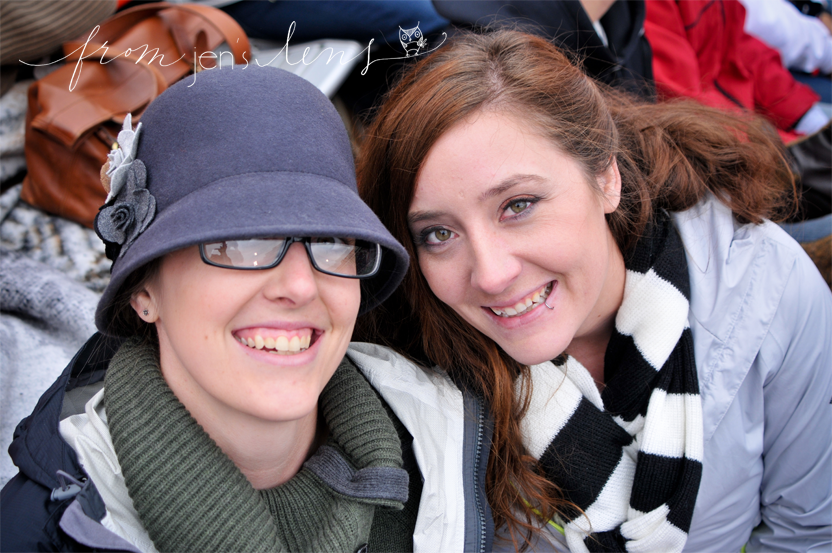 The game was pretty good the first half. We were a little behind at halftime but I wasn’t too worried. Tech has always been a 3rd quarter team. For some reason, this week wasn’t the case. 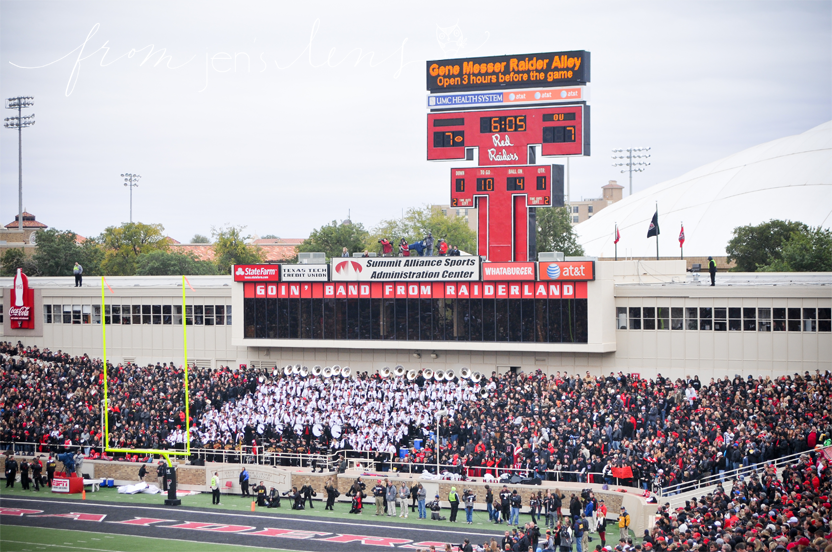 Halftime was awesome. We got to see the Goin’ Band From Raiderland! I missed this! It’s always a great show and this was no exception. They played Thriller and the theme to Star Wars. IT WAS EPIC! 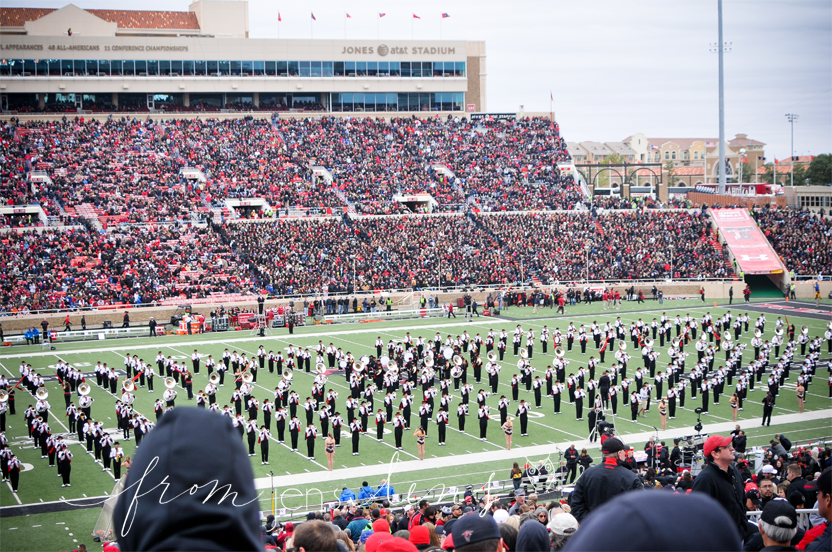 Then a cute mariachi band came out and these beautiful flamenco dancers danced in the middle of the field. It was gorgeous. I loved the half time show and I’m not really sure how they will top it this week. 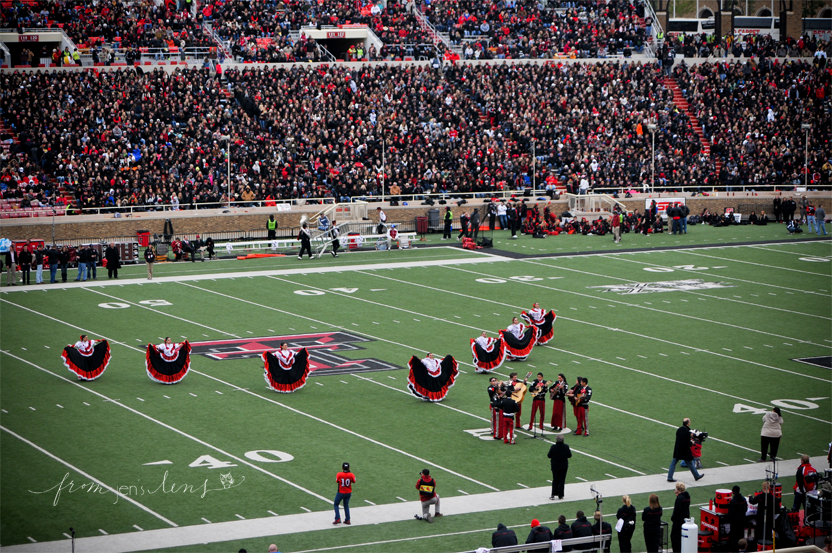 We got so cold and towards the end of the 3rd quarter we had pretty much given up. Katie and I decided to meet Debbie at their tailgate spot and left. We got there to find out that most of our friends had left as well. Just pathetic. A 41-20 loss for the Red Raiders. So sad.