Whew! It’s been a whirlwind week once again. Last week was official “Debbie’s Birthday Week”. My little sister is a professional at dragging her birthday out. The whole weekend was dedicated to her but it all started out on Wednesday night at the fair.

We went a little early so we could get in my favorite South Plains Fair treat: Church On The Rock Corn Dogs!! They are the bessssssst. 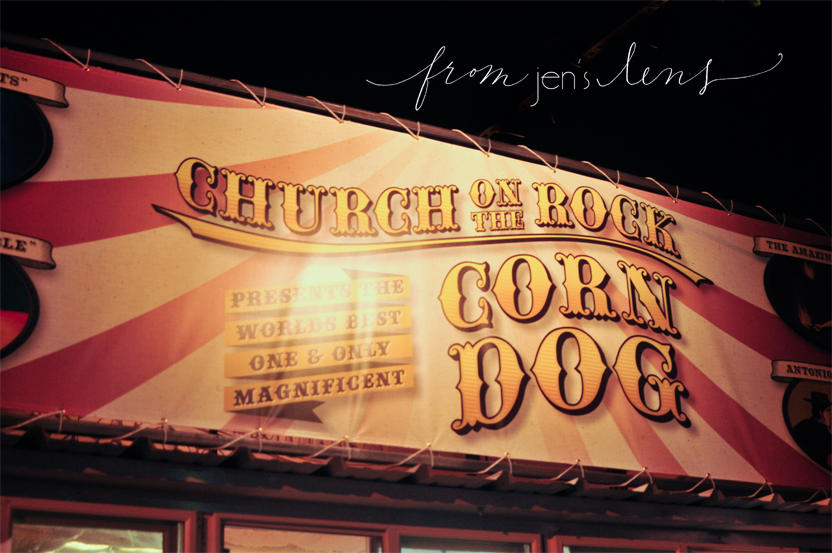 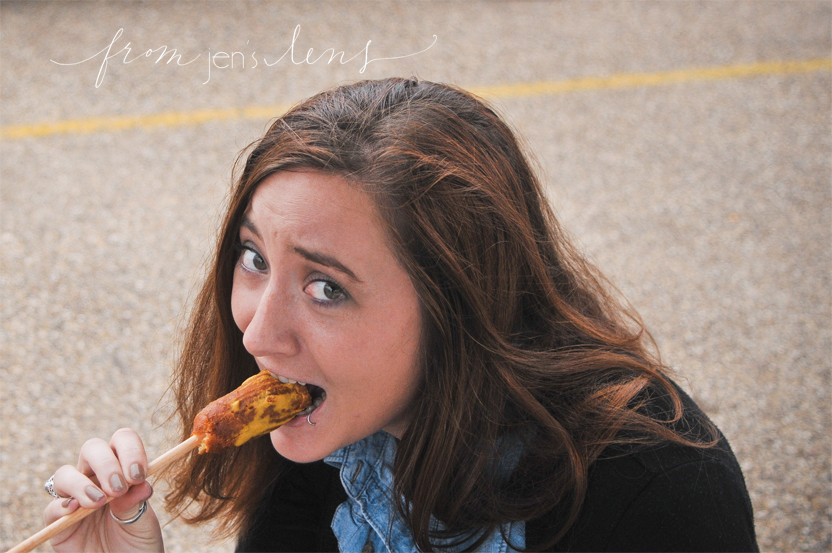 We are big Karmin fans and since they were one of the free concerts this year we figured it was meant to be! I love Amy so much. She was wearing zebra parachute pants and looked like a hottie. She is so entertaining and so super talented! I don’t know most of their music but I could watch her sing it all night. 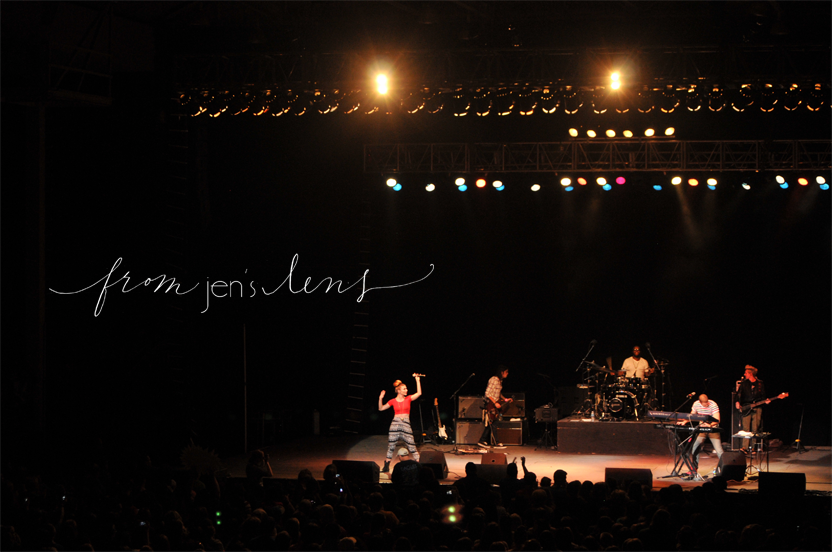 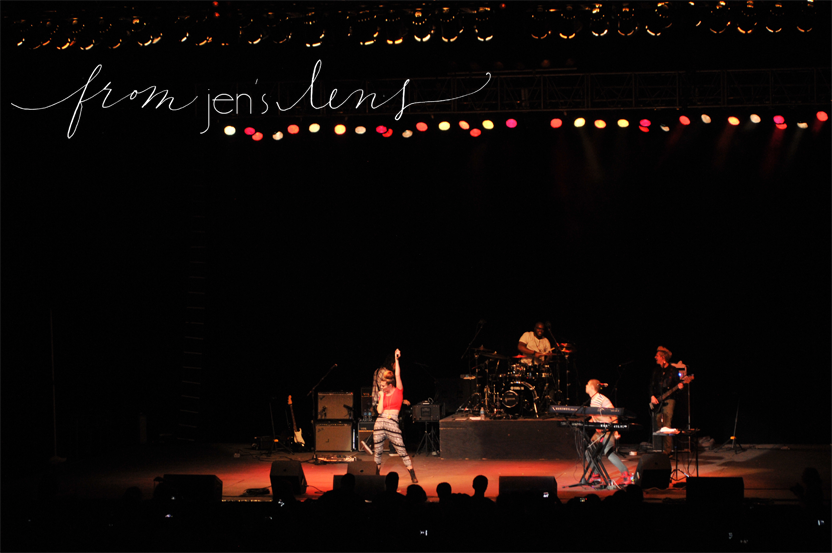 I had their “Brokenhearted” song stuck in my head alllllll weekend. 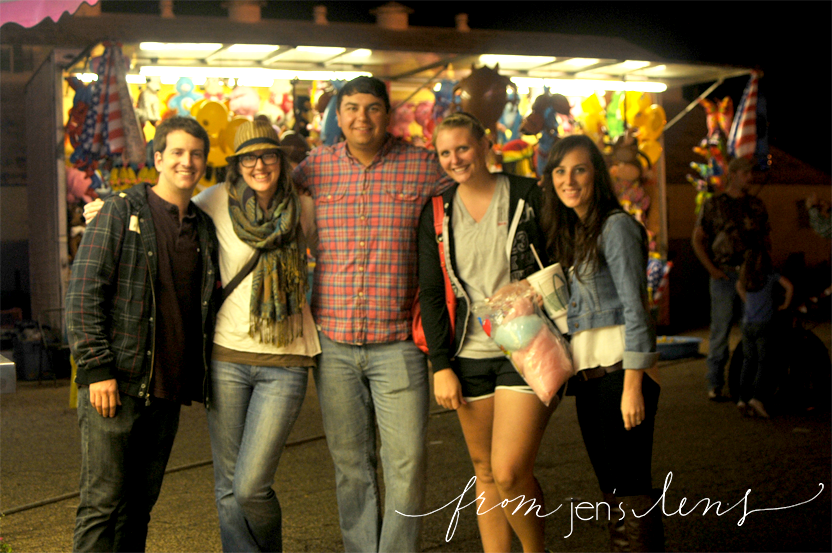 This is the crowd that joined me! Kevin, Katie, my bro-in-law Rudy, Jessica, and the birthday girl: Deb! It’s a blurry picture so I apologize for my lacking photo skills..I think I was too hopped up on cotton candy. It’s not a festival without my c.candy! 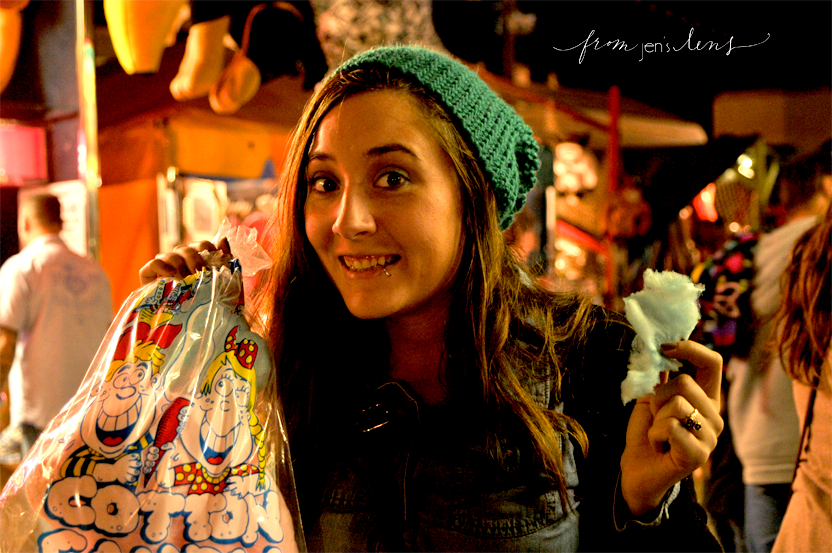 This robot guy was highly entertaining…which is technically his job. I liked him. He was gigantic and danced to dubstep. Here he is petting someone’s panda prize. 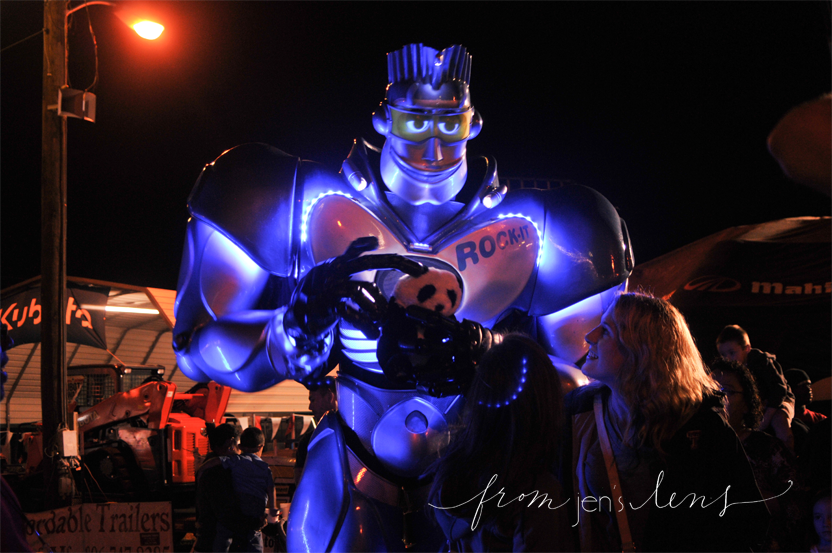 New news of the week: I got a job!! I will be working for a boutique here in Lubbock and the best part is that they are going to be letting me take lots of pictures for them! I am ready to start working and settle into towny life again…but if I get an itch to travel, I can always call up the fish guy from the fair! 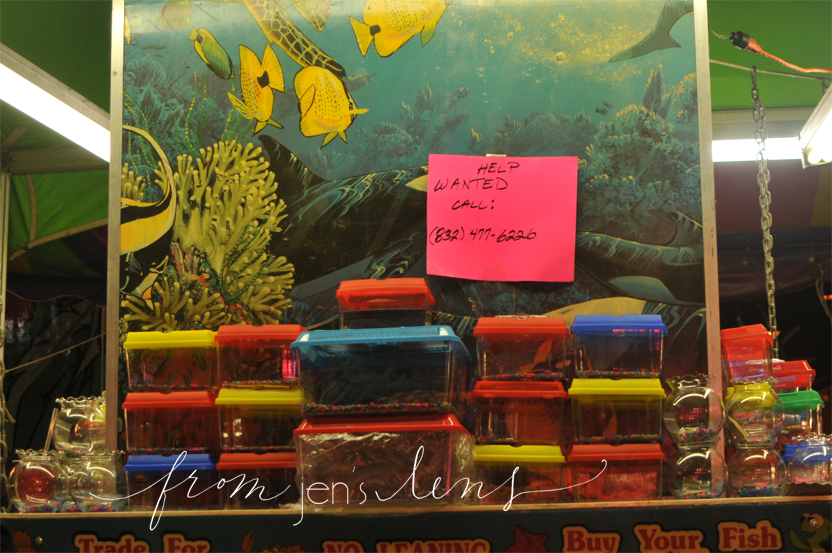 We actually watched Rudy play for a minute and his beer pong skills came in pretty handy and won him a goldfish in just a few tries! The lady running the joint thought it was weird that we wanted the fish for a picture and then we wanted to give it back…we all laughed but you know how I am with my camera! 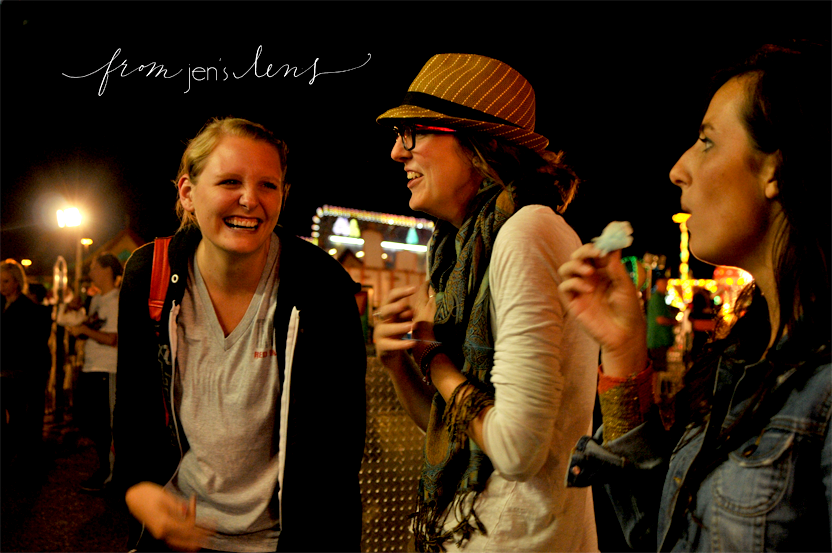 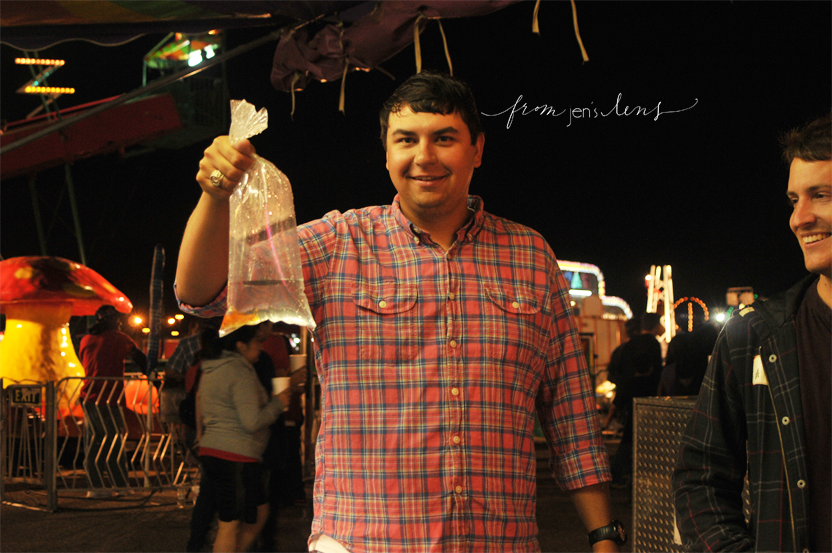 It was such a fun night and a great way to start out the birthday celebrations…I’m actually thankful for the great start because the weekend in Dallas was kind of a bust. I’ll explain more later with some pictures perhaps! 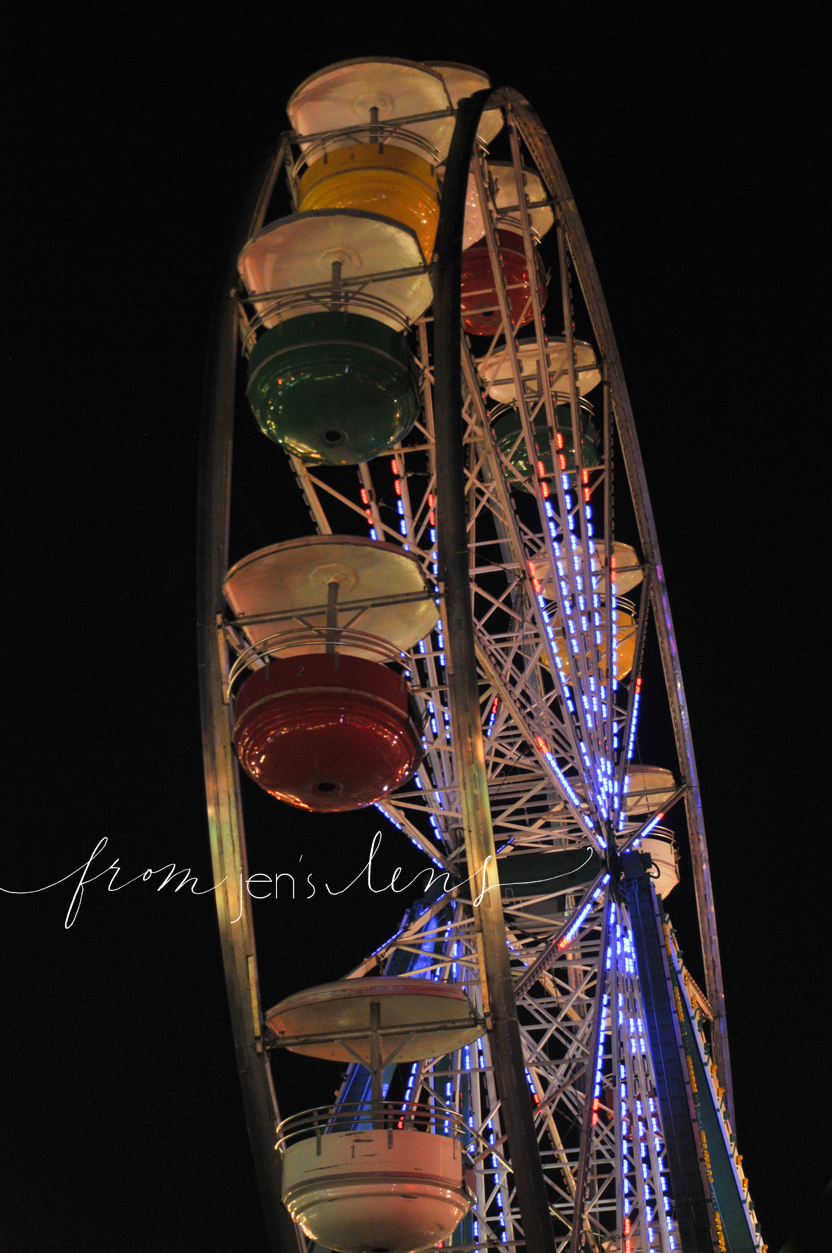 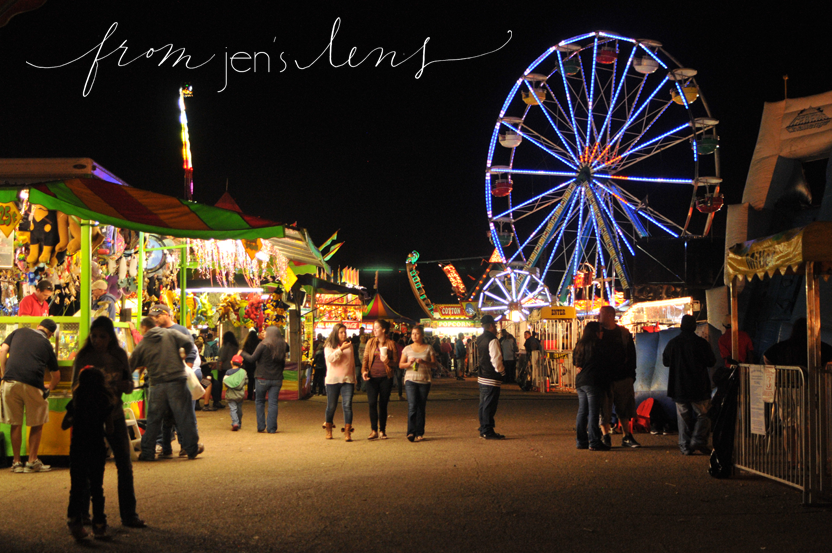