I don’t usually “do what the German’s do”. We are not very similar in our habits, you see. I don’t like to garden, I have not taken to riding a bicycle everywhere, and I tend to waste electricity…not on purpose, but by habit.
The one thing I can get on board with, is drinking beer! 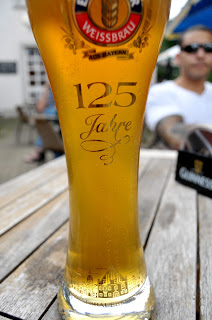 It was such a pretty day out today despite waking up to thunder that sounded like Zues himself was in our front yard. James and I stayed in and watched some movies while the storm moved past (I watched Shawshank Redemption for the first time!) and then we got antsy and had to get out of the house for a little while so we ran an errand on base and then headed downtown for a drink. 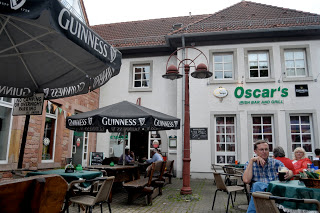 It’s so nice to sit outside at a little pub here! The little pub we chose today is called Oscar’s. The weather was perfect and I had some great company…minus the little bee’s that just insist on bugging you constantly. James and I tend to drink Hefeweizen when we go out here because it is light and delicious. I usually drink either that or Strongbow which isn’t beer at all but a hard cider that I am almost positive you can get in the states. I did have a Guinness the last time I went to Oscar’s though. I don’t drink that by choice very often. haha. 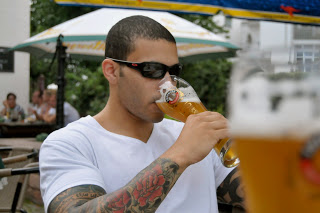 All in all, it was a successful outing and a great end to the weekend.