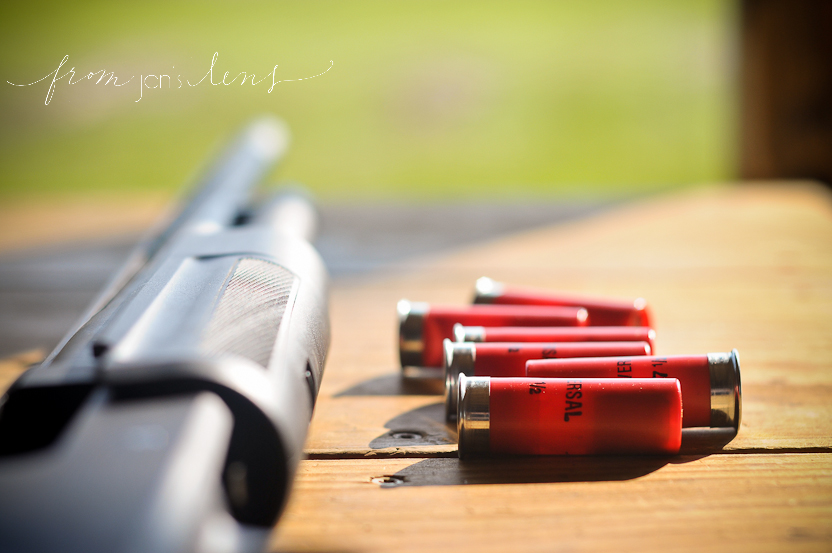 I have been working on that lately. As I get older, I have a harder time breaking out of my comfort zone and moving to a new place has really pushed me mentally and physically. 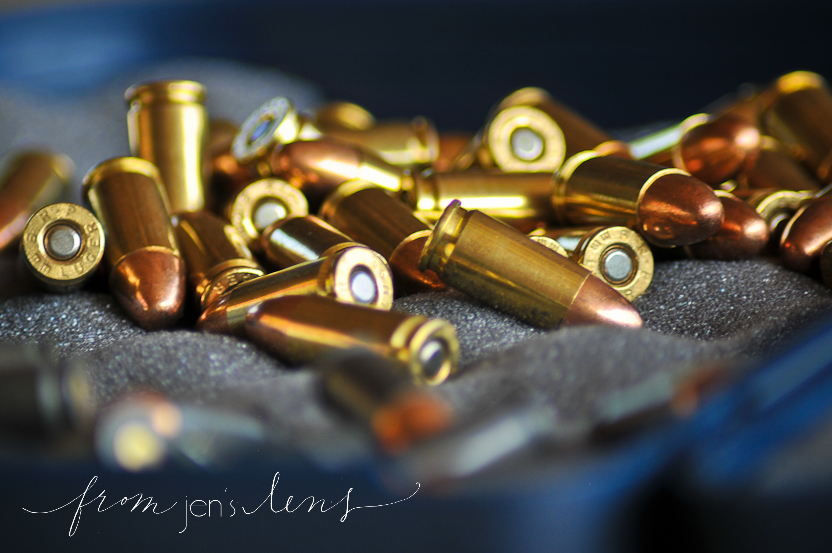 I always told my dad that I wanted a gun. He always laughed and dismissed me. My bff has a shotgun and goes to the shooting range all the time I think she’s so cool because of it, however, I had never shot a gun until now. 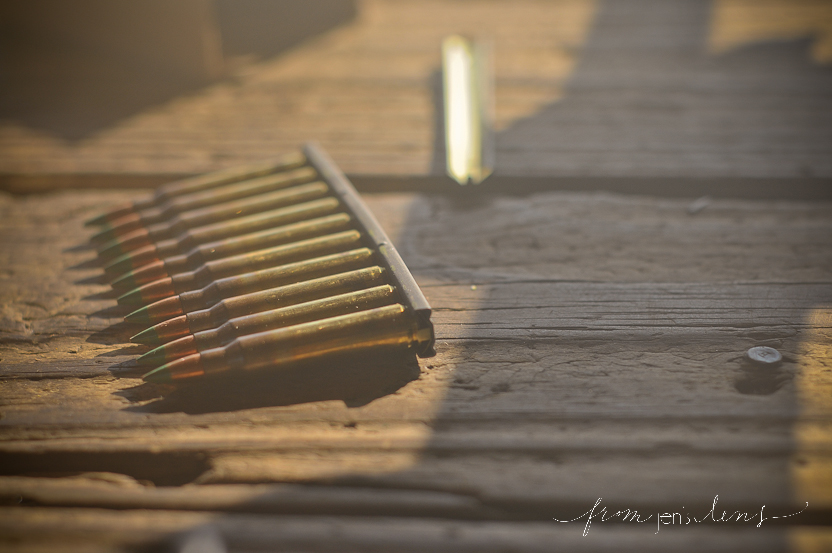 I accompanied Tony to Bass Pro Shop in Savannah a couple of weeks ago to get a new gun. I’m still not quite sure this wasn’t an impulse buy, but he just had to have it. Of course, the next step that comes after buying a gun, is actually getting to use it, so he made a date with a couple of other friends to take out all of their guns and have a rip roarin’ time at the shooting range! 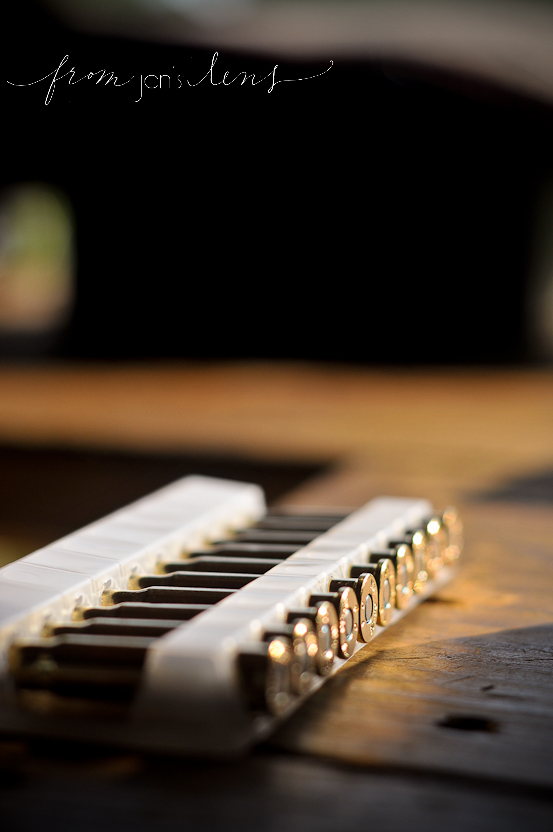 I have been around guns quite a bit. It’s kinda funny that I had never considered shooting them before. I just always have my camera attached to my face and I much prefer shooting it to a gun so I mind my own and snap away but Tony wasn’t going to allow that. I think he was more excited about getting me to shoot a gun than I was about shooting it. Understatement of the century! 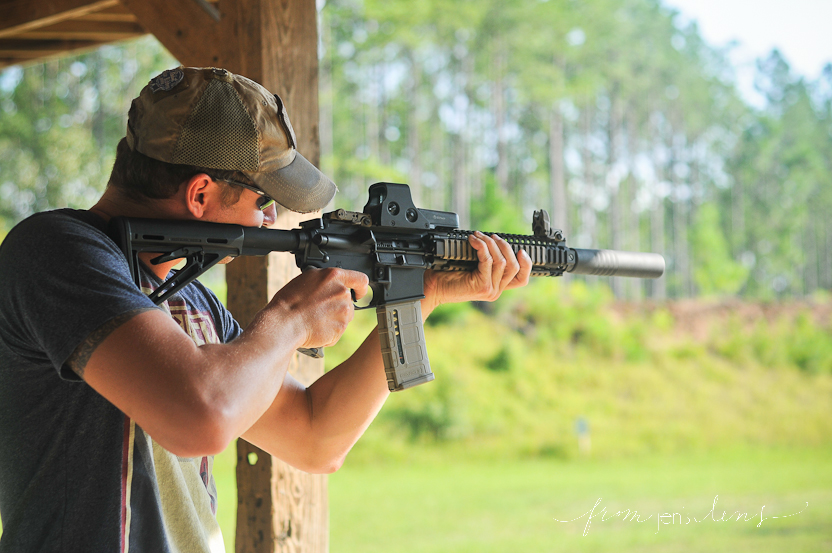 Reasons I wanted to stay home:

1. I got sweaty just thinking about shooting a gun. (…how do I hold it? where do I put my hands? how heavy is it? Is it going to go off without warning? where do I aim? THERE’S GOING TO BE A KICK?!?!)

2. I have terrible luck. I can’t imagine a gun being a good contributer to that. (…what if I do it wrong? That could be potentially life threatening!) 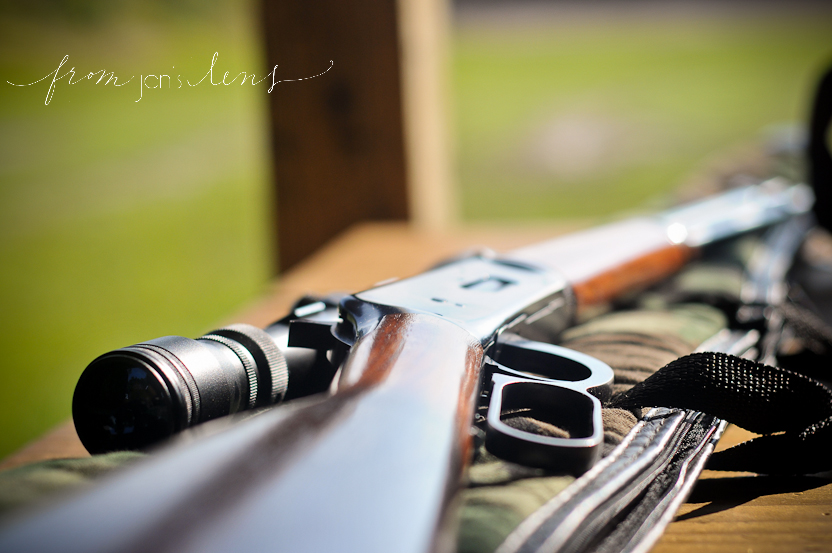 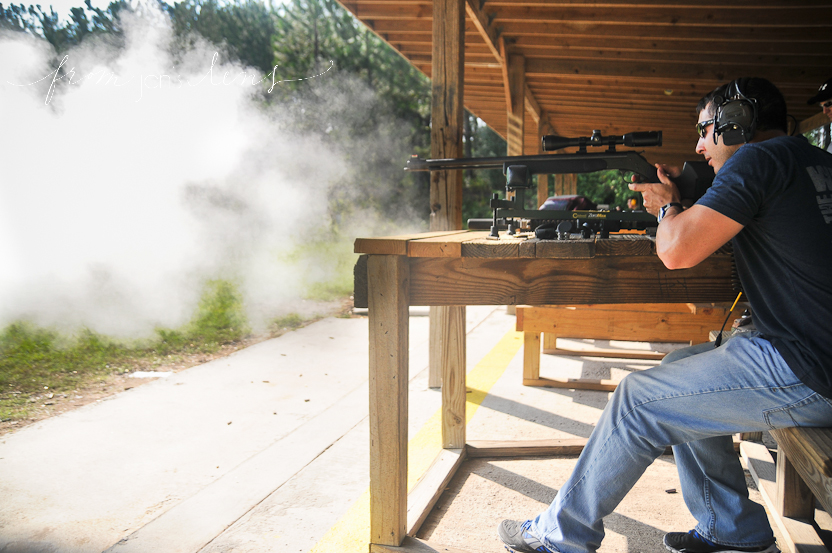 So I do wish that I would have brought some ear plugs, but needless to say, I got out there anyway!
I not only shot Tony’s new 12-gauge but there were also a couple of other guns out there that I got to play with. Boy did I sweat. I felt like I was going to have a heart attack after I shot the first time. My heart was pounding and I had such an adrenaline high. It was so weird….and I liked it. 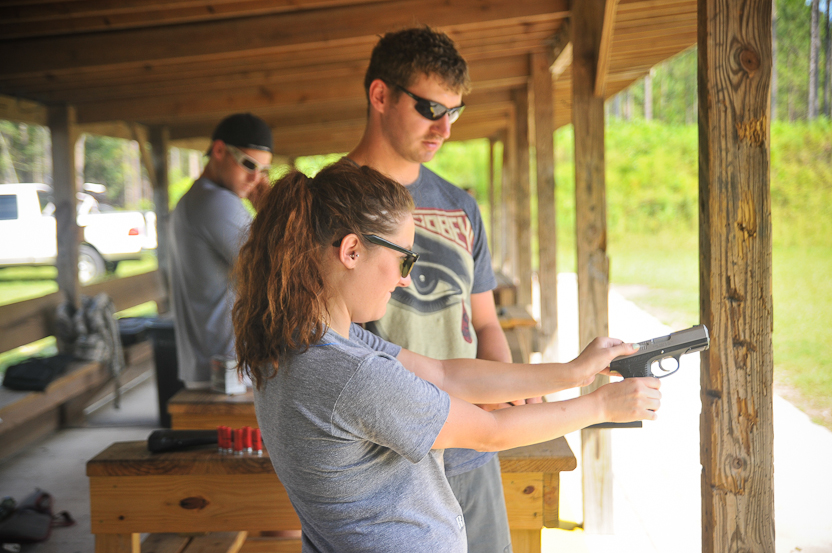 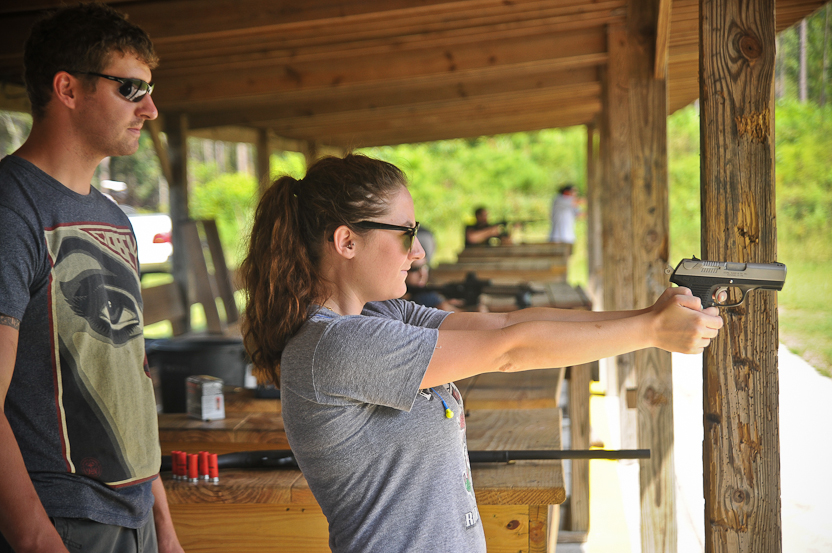 I probably won’t be buying a gun anytime soon, but I’m so glad that I can say I faced my fears and finally went to the shooting range. It was so much more fun than I thought it would be and I definitely thanked Tony for making me go. 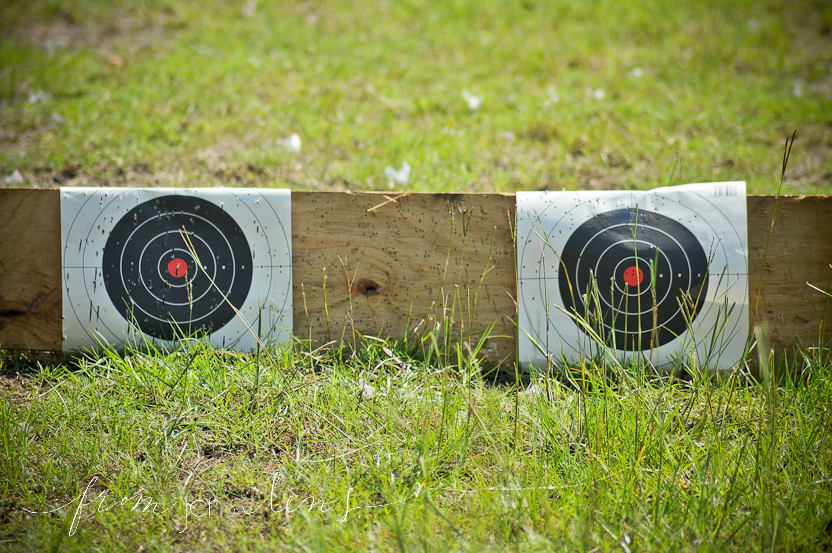 Sometimes I need to be kicked out of my comfort zone…even if it’s in the shoulder by a 12-gauge shotgun.