Let’s recap, shall we? 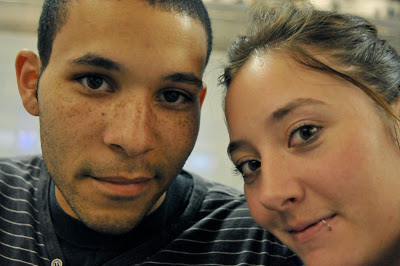 
James had what he referred to as a “bag drag” on Friday morning in which he had to go through a list with his superiors, making sure he had everything that was on his deployment training list. We spent a good portion of the week with our entire downstairs floor filled with the most random “necessities”. AND it seemed like there couldn’t be anything missing but somehow we kept having to go back and forth from base to get something else. 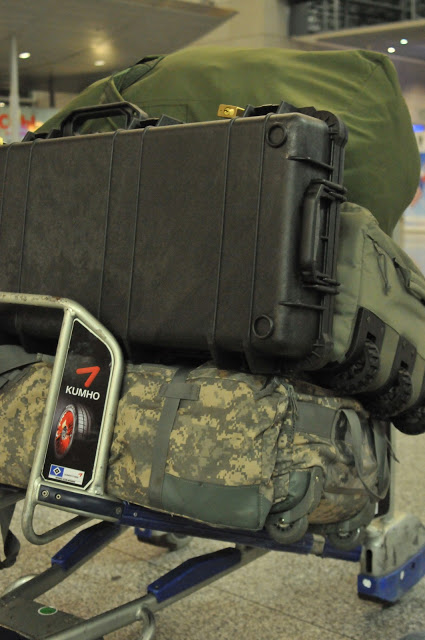 We ran some errands after he finished with that and I had a chance to learn all of the things I should have learned how to do a LONG time ago. I didn’t really know how to check the mail. I had only done it once before and he was with me so I wasn’t really paying attention. Then we had to go pick up extra toiletries and another SUITCASE because he had too much to fit into his duffel. It is amazing how expensive a trip to the BX can be. We probably spent 10 minutes inside and spent $100. 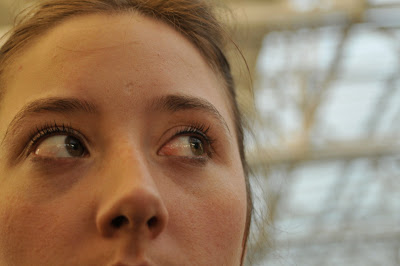 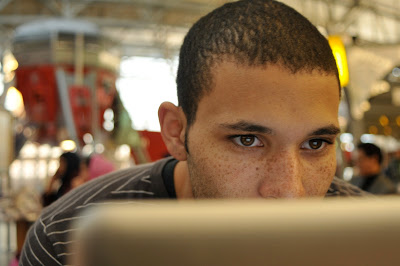 I also had to learn how to get gas. Now I know most of you are probably confused by this because I have been driving for over 10 years and should know how to “get gas” but because I wasn’t on James’s registration, I haven’t been allowed to fill his car up. So we had to go stand in line with a room full of stink (babies) and get that all taken care of and then he took me straight to the gas station on the base. We filled in and then went inside to get me what is essentially a “gas card” that you have to show every time you pump gas here. (something about rations) We got all of that taken care of and the guy behind the counter explained everything to me and then we came home to relax.


A couple of hours later, just as we were finishing the last packing session and getting ready to eat some dinner, James got a call from someone above him asking if he purchased gas that day. He of course said yes and then proceeded to look at me like the world just ended. We forgot to pay for it! We immediately jumped in the car and went to the security forces office and James was so afraid that we wouldn’t even be allowed on base to take care of the problem since we were in trouble! They were pretty cool about it, I mean, if we were really trying to steal the gas we probably wouldn’t have taken the time to go inside and get an Esso card. He did have to make a statement though and someone had to come sign him out, ensuring that his superiors were aware of his f-up. I joked around that James was teaching me how NOT to get gas.


That kind of took over the rest of our evening. 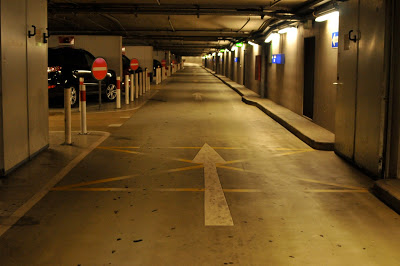 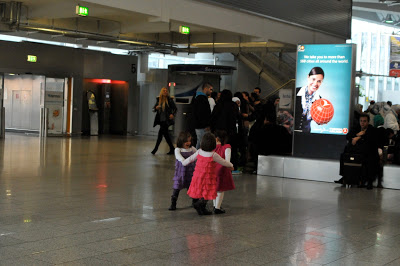 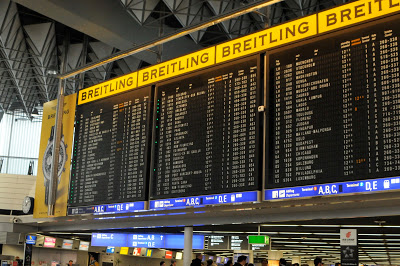 Alarm went off at 3am, so soon after my midnight bedtime. We hopped in the car and left for Frankfurt airport in plenty of time for James to make his 7am flight. Because he was leaving from Frankfurt he didn’t have to wear his uniform but I swear it didn’t matter if he did because the 3 camo style bags and gun case definitely gave him away. We got to the American Airlines desk to find out that the reason no one was in line was because his flight was actually organized through British Airways. Soon after we were informed that he couldn’t fly through one of his stops, London-Heathrow, because they didn’t get a 24 hour advanced warning that he was taking a weapon. What a mess. We then spent all of our prepaid minutes on our phones as well as close to 30 euro on a pay phone trying to get his flights changed, as well as warn the other airmen on his team that were flying later in the day. He also found out that his military credit card had no available funds even though he got an activation email the day before so even if he would have been able to check into his original flight, it wouldn’t have been paid for and he would have been screwed. After a couple of hours of conversations, and confirmation that funds would be available in 2 hours, we sat down for a few min and tried to compose ourselves. 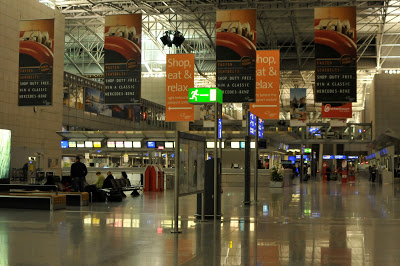 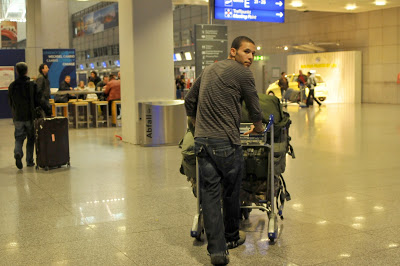 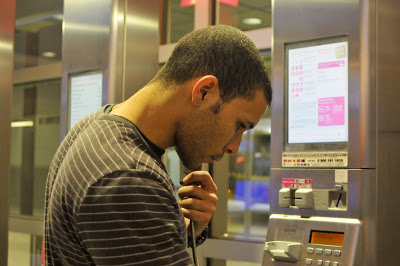 We were sitting there watching another soldier’s bags while she attempted to talk to SATO about trying to get into England without the 24 advanced warning,(why is this such an issue?!?! You would think that SATO would be used to this rule if they are the ones usually booking military flights.) when low and behold, James’s friend Casey walks by and happened to have time for breakfast. I got a couple of shots of the beautiful sunset from the huge window’s on the 3rd floor McDonalds and the last picture of the boys for a while. He left and we decided to try our luck with the military credit card again. 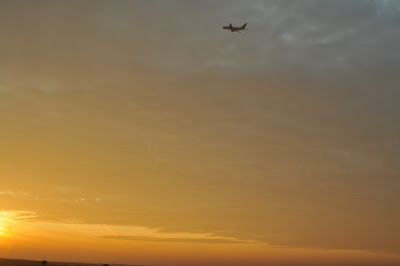 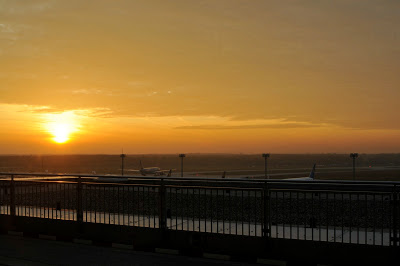 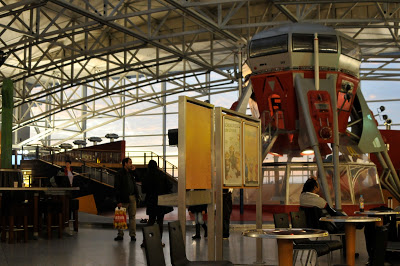 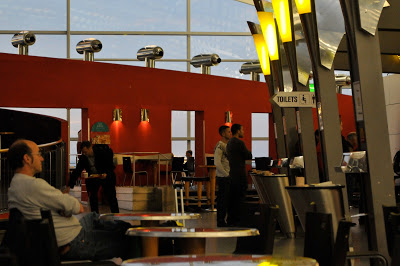 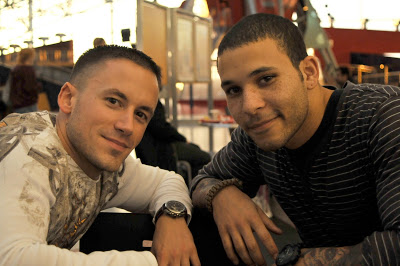 Round 2 of the phone calls went pretty smoothly. At one point James had me run to get more euro change and the exchange booths were both closed so I tried to hit up a magazine stand and the woman was not having it. I was then forced to stand in a long ass line at the coffee stand and when I attempted to skip the line the guy behind the counter said “I just make hot drinks!” ::Oh okay, my bad, making change is too much trouble.:: Needless to say, James ran out of euro before I got back but he found a loophole. He had the Citibank lady call his cell phone, thus not costing him anything. We got his flights switched so he was avoiding England all together and even though it was close to noon by this time, we felt like things were finally going our way. 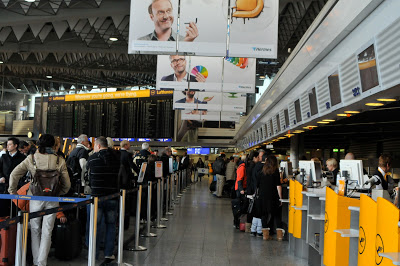 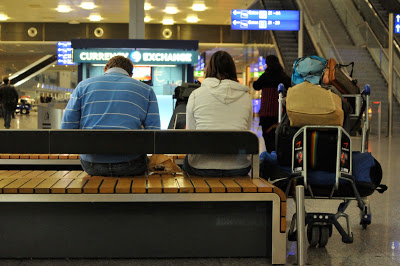 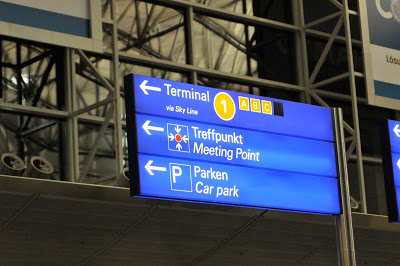 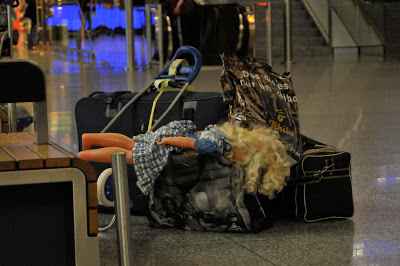 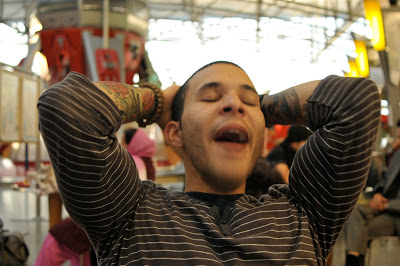 Saying goodbye to him was really weird. We have done the airport goodbye so many times and I definitely did better than I have a few times in the past. I had cried so much on Thursday and Friday that I didn’t really have a lot of emotion packed away for his goodbye. I just felt so awkward walking away from him, all by myself, ready to tackle my giant airport parking ticket and the open road. 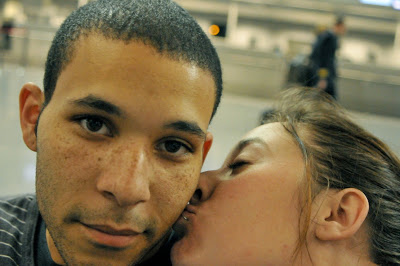 My GPS cannot handle construction. I was really doing okay until I realized I was heading in circles around the airport terminals because my GPS wouldn’t find an alternative route. That is the point that I started getting stressed out and cried. James took this opportune moment to call and check on me. Here I am, doing circles, crying and stressed, not even attempting to act tough in front of James, and I’m illegally talking to James on the phone. My phone that is completely out of minutes. He told me to calm down and that he would have a friend call me and make sure I was okay and he made me promise that I would get home okay. I soon found a Kaiserslautern sign and felt so much better. Pretty soon after that his sweetheart friend Justin called to check on me. 🙂 So glad that there are still gentlemen out there. 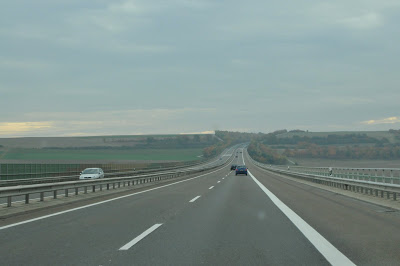 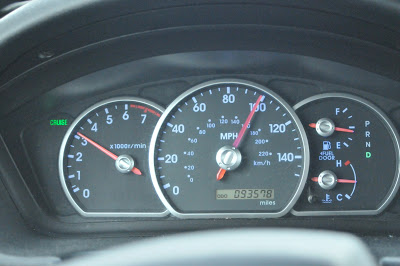 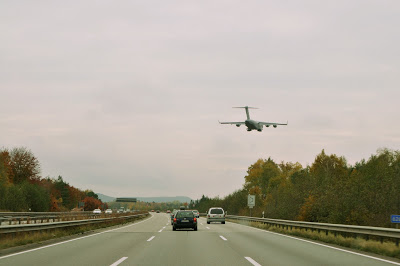 Instead of sitting home sulking all night, I met up with my friend Laura and we braved the K-town Halloween parade. It was really crowded and we totally failed as photographers but we were entertained by her son Michael and I enjoyed the distraction anyways.


I cried quite a bit on the way home but since then I have been fine. The house is a little quiet without video games being played downstairs and I am not enjoying waking up to no one beside me but I will suck it up and try and take advantage of the extra space   ;-).


I have been enjoying the car being all mine and I have already gotten to go see friends and am planning on more day trips! However, I am bad at eating alone so the kitchen has not been touched since James left and I am slow to want to put all of his stuff away so the house is still a wreck. It’s only Monday though so I will give myself a few days before I start feeling bad about being a slob.


I just plan to keep busy and fill my days with tons of fun stuff. I got my packet today for the photoshop class I am taking through the New York Institute of Photography so I should be pretty entertained for a while!